Welcome to the latest addition to the Uncut family 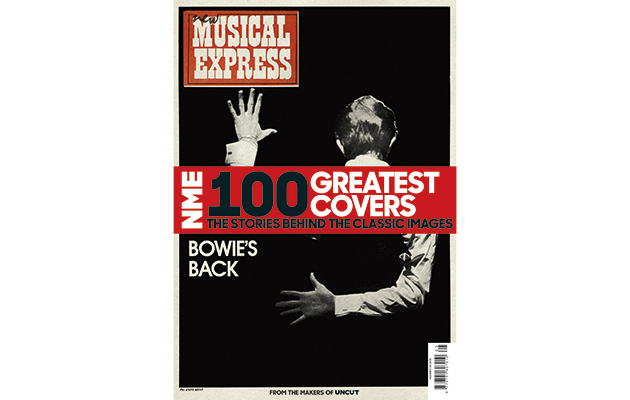 A busy week here – the joy of deadlines – so just time to mention a couple of things in passing before I hand over to John Robinson to introduce the latest exceptional member of the Uncut family. At the moment, we’re putting the finishing touches to our review of year (it seems to get earlier every year…), but already we’re deluged with some pretty amazing new music to come in 2019. If you’ve not already checked them out, I urge you to listen to the tasters for new albums from Sharon Van Etten, Cass McCombs, Jessica Pratt and Steve Gunn – who I hope you will be reading more about in the pages of Uncut early next year. Reminds me, I’ll try and get a Playlist together sometime this week, if I get the chance.

Anyway, here’s John to tell you about NME 100 Greatest Covers – which is now in shops or available online by clicking here.

Years before I worked on NME, I’d bought the issue of the paper with what I was certain was the best cover I’d ever seen. I was not an active participant in the Ecstasy generation, and I hadn’t even seen the band live, but I’d been an armchair fan of the Happy Mondays since I’d heard Vince Clarke’s remix of “Wrote For Luck” on John Peel.

Now, with the release of “Step On” imminent, picking up that week’s copy of the paper felt particularly exciting. Something had definitely been building, even out in the provinces where I lived – I’d heard a girl on the bus talking to her friend about a group called ‘Happy Monday’. Now with Shaun Ryder on the cover, laughing from on top of a large letter ‘E’, it felt as if an inside joke had suddenly, daringly, gone public. That copy of the paper felt like a ticket to an extremely entertaining ride, to which everyone was invited.

As has become obvious while editing this special publication celebrating the 100 best covers of NME’s print edition, this experience is what the paper’s editors were after every week. It never felt like it, but it was something like a formula: a combination of magnificent photography, elegant cover lines – and also an almost magical timing. In the shop it meant seeing an artist on the front of the paper at precisely the right time to see them there, a wave of goodwill swelling behind them.

Kevin Cummins, who took the Shaun Ryder picture, tells us about the timing when he talks to us about another of his great images, of the Stone Roses covered in John Squire’s abstract emulsion in 1989. NME’s then-editor thought the paint idea was good, but would keep for another occasion. Kevin tells us that he disagreed. “It’s the right time,” he said to his editor. “We’ve got to do it now.” One NME Editor, Neil Spencer, recounts a hypothetical: “You wanted a great picture of the Gang Of Four at the moment the Gang Of Four were at their hottest.”

This is a publication in which you’ll find beautiful images of legendary musicians by important photographers, the story of a paper and the times it documented. You’ll also find evidence of the bottled lightning that was the weekly music press – in which the right decision could define a cultural moment, define an icon or crown new rock royalty. It might mean a previously-rejected image of a four-piece band in a tube station. It could be made by a snapshot of a television set, or a poster, a graphic, a news shot, or a pun. In the 1960s, it could even be an advert.

As you will read in the testimony here from writers, photographers, artists and editors, the printed NME helped set the tempo of the changing times. As you will also discover, the search for the chemistry of that moment, that right time, was the one thing about NME which always stayed the same.