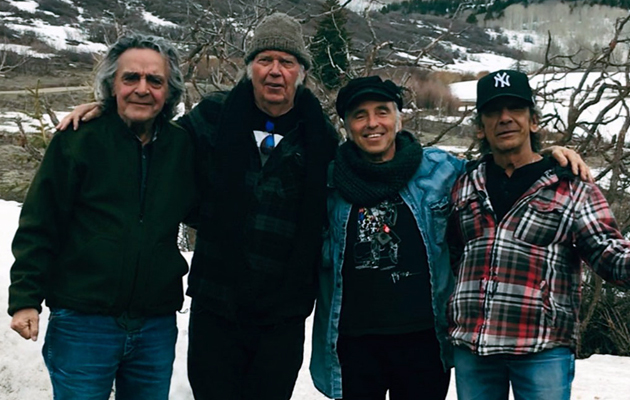 Neil Young & Crazy Horse have released a new single from their upcoming Colorado album, out on October 25.

Hear “Rainbow Of Colors” below:

“‘Rainbow of Colors’ is a song about the USA and the whole world,” writes Neil Young on NYA Archives. “The idea of this song is that we all belong together. Separating us into races and colors is an old idea whose time has passed.

“With the Earth under the direct influence of Climate Change, we are in crisis together needing to realize that we are all one. Our leaders continually fail to make this point. Pre-occupied with their own agendas, they don’t see the forest for the trees.

“We need to all be one because we are all threatened. Climate Change is the unifying force we have needed for a long time. Now that it is here we just need to recognize it and stop turning on our brothers and sisters and help them instead. We are all in this together.”

“Rainbow of Colors” follows the previously released “Milky Way”, which you can listen to here. You can read a full review of Colorado in the new issue of Uncut, in shops on Thursday (September 19) or available to pre-order now from here.

On Saturday (September 14), Neil Young (solo) headlined the Harvest Moon: A Gathering charity concert at Lake Hughes, California, in aid of The Painted Turtle and The Bridge School. The set included “New Mama” from Tonight’s The Night, a song he hasn’t played live since 1977.

Watch the whole set below: