Hear Field Music’s new song, “Only In A Man’s World” 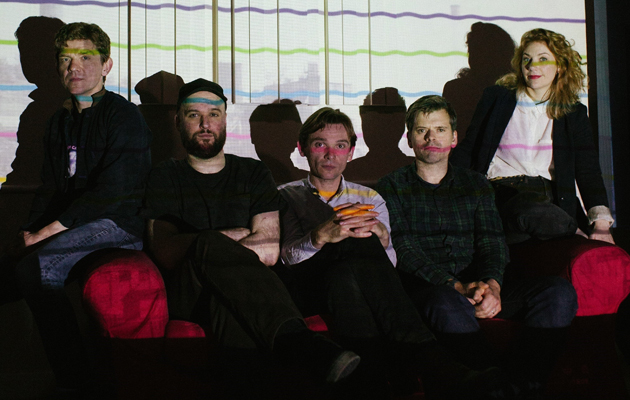 Field Music have announced that their new album Making A New World will be released by Memphis Industries on Jan 10.

Evolving from their performances at the Imperial War Museum earlier this year, the album is described as “a 19-track song cycle about the after-effects of the First World War” although this loose theme expands to include songs about air traffic control, gender reassignment surgery, Tiananmen Square, ultrasound, Becontree Housing Estate and sanitary towels.

“We imagined the lines from that image continuing across the next hundred years,” says the band’s David Brewis, “and we looked for stories which tied back to specific events from the war or the immediate aftermath. In writing these songs, we felt we were pulling the war towards us — out of remembrance and into the everyday — into the now.”

Hear the first song from it, “Only In A Man’s World”, below:

“I found myself looking at the history of sanitary pads,” explains Brewis. “It turns out the modern design was developed from a wartime surgical dressing. The advertising hasn’t changed much in a hundred years i.e. Hey Ladies! Let’s not mention it too loudly but here is the perfect product to keep you feeling normal WHILE THE DISGUSTING THING HAPPENS. It’s a kind of madness that a monthly occurrence for billions of women – something absolutely necessary for the survival of humanity – is seen as shameful or dirty – and is taxed MORE than razor blades?!

“I kept asking myself, is it okay to write this? But I think confronting my own embarrassment is a pretty fundamental part of what the song is about.”

Making A New World is available to pre-order now from here on gatefold limited edition transparent red vinyl, CD and digital. Field Music will perform the album in its entirety at the following dates: