It's from his upcoming album Here If You Listen, out October 26 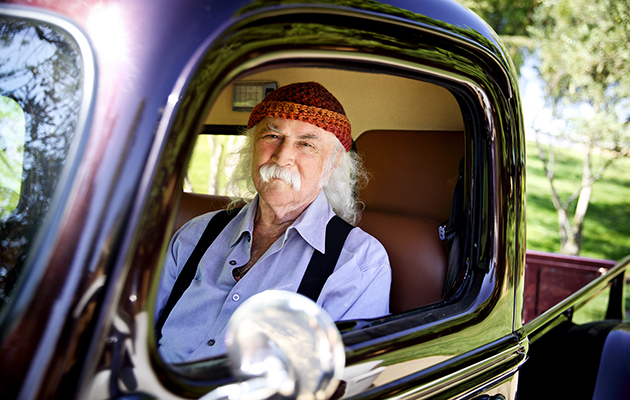 David Crosby has announced that his new album Here If You Listen will be released on October 26.

The album is a collaborative effort, with three of the musicians/singers who contributed to his 2016 album Lighthouse and its subsequent tour – Michael League of Snarky Puppy, Michelle Willis and Becca Stevens – billed under Crosby’s name on the sleeve.

“If leaving a group like Crosby, Stills & Nash was like jumping off a cliff, then finding the Lighthouse Band was like growing wings halfway down,” says Crosby. “These three people are so startlingly talented, I literally couldn’t resist making this album with them.”

Listen to the first single, “Glory”, below:

You can read an interview with David Crosby in the next issue of Uncut, in shops on Thursday September 20.