To accompany the 50th anniversary reissue of Bridge Over Troubled Water

This weekend marks the 50th anniversary of the release of Simon & Garfunkel’s final album, Bridge Over Troubled Water.

Legacy/Sony will release a special gold vinyl edition of the album on February 14 (pre-order that here). But today, they have also released a digital-only Simon & Garfunkel EP entitled Live At Carnegie Hall 1969, featuring four previously unreleased recordings captured live in New York two months before the release of Bridge Over Troubled Water, including a unique take on “The Boxer” with its original, additional verse. Listen below:

Uncut’s Ultimate Music Guide to Simon & Garfunkel is in shops now – read more about it and order a copy online here. 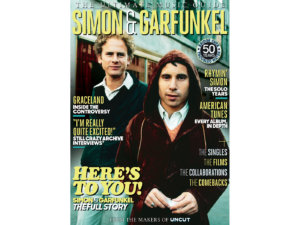