A new Psychedelic fete comes to London this August 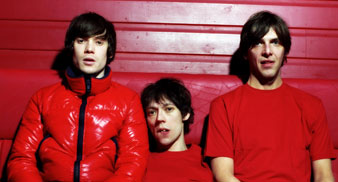 The inaugural Summer festival set in the East End’s Victoria Park on august 11 is aiming to bring together a cutting-edge line-up of bands, DJ’s and activities; a day of eclectic music and dancing- but with the charm of a village fete.

Indie trio, 1990s, will be playing material from their debut album “Cookies”, which is finally released in May. Signed to Rough Trade, the band has been compared to The Rolling Stones, The Velvets, The Fall, and The Modern Lovers.

Other artists confirmed to play the Summer fete so far include Bat For Lashes, James Yorkston, and Keiran Hebden’s Four Tet – who will deliver a set of new material from their forthcoming album as well as older crowd favourites.

The one-day 5000 capacity event will also boast an eclectic array of activities from barn dancing to welly throwing via a Burlesque tent, a coconut shy and a hoedown tent. For traditionalists, there’s also a hand burningly fun tug of war as well as barn dancing.

“We wanted to create an event that had a really strong but somewhat different line up to other festivals, something that has a European feeling where new exciting rock bands play alongside electronic acts and also include more diverse and leftfield acts,” says Tom Baker, the event’s promoter.