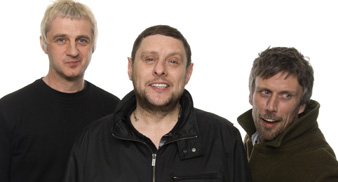 The Happy Mondays have been announced as the third headliner for this year’s Guilfest, joining previously announced bill toppers Brian Wilson and Motorhead.

The Madchester icons will headline the festival on Sunday July 12, performing hits from their 20 year career, including “Kinky Afro” and “Step On.”

Also added to the bill are The Charlatans, who will play the mainsatge on Saturday July 11, before Brian Wilson headlines.