The UK Americana Awards will take the form of a virtual ceremony on January 28, presented by Bob Harris. The awards show will also feature appearances from Christine McVie and actor Colin Firth, as well as an ‘In Conversation’ with Mavis Staples and former AMA-UK award-winner, Brandi Carlile.

A special John Prine tribute show will air directly before the awards, with performances from Billy Bragg, Ferris & Sylvester, Ida Mae and many more. Prine has been honoured with the specially created Songwriter Legacy Award 2021, in celebration of the legendary singer-songwriter’s life and work.

See the poster below for the full line-up. Wristbands for the whole event are on sale now from here. 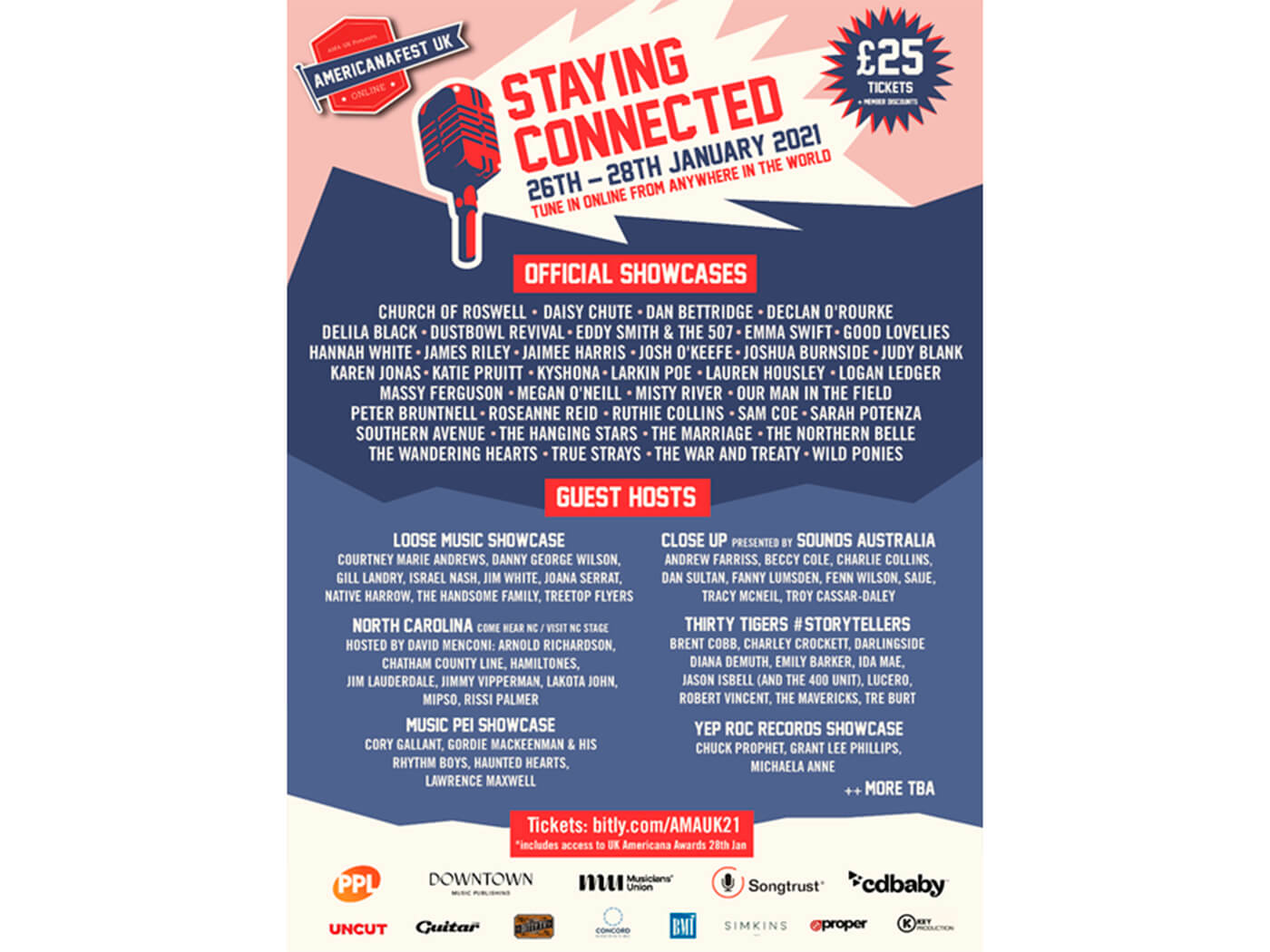