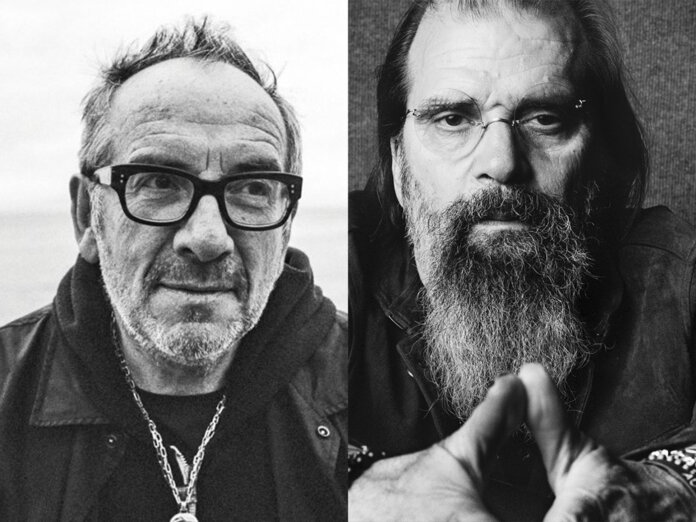 The 2021 UK Americana Awards will take the form of a virtual ceremony on January 28, including performances by Elvis Costello and Steve Earle (with more names to be announced).

The UK Americana Music Association (AMA-UK) yesterday revealed the winners of their special awards: Elvis Costello for the AMA-UK 2021 Lifetime Achievement Award; Mavis Staples for the International Lifetime Achievement Award; Christine McVie for the Trailblazer Award; and Steve Earle for the International Trailblazer Award. A new category, the Songwriter Legacy Award, was specially created this year for the late John Prine.

“This is a most surprising award,” said Elvis Costello. “I left home a long time ago and yet I have been welcomed into many American musical destinations of which I might, once, have only dreamed. As Conway Twitty once sang, ‘It’s Only Make Believe’ but I am thankful for this acknowledgement.”

Said Steve Earle, “Honors received in Britain have always been special to me, I guess, because I never had to struggle to reach an audience on that island. They got it. From day one.”

In addition, the Bob Harris Emerging Artist Awards goes to Robbie Cavanagh and Demi Marriner, in recognition of their efforts to support fellow artists during the coronavirus pandemic, and the Grassroots Award goes to the Music Venue Trust’s Mark Davyd and Beverley Whitrick.

Winners of the member-voted awards will be revealed at the ceremony itself. Nomination are as follows:

The awards show will be preceded by two evenings of showcases from partners including Prince Edward Island, Thirty Tigers, Canadian Independent Music Association, North Carolina Music Export, Sounds Australia, Yep Roc and Loose Music. Passes for the whole event, which will be held virtually from January 26-28, are on sale now from here.