Frank Zappa hologram tour coming to the UK in May 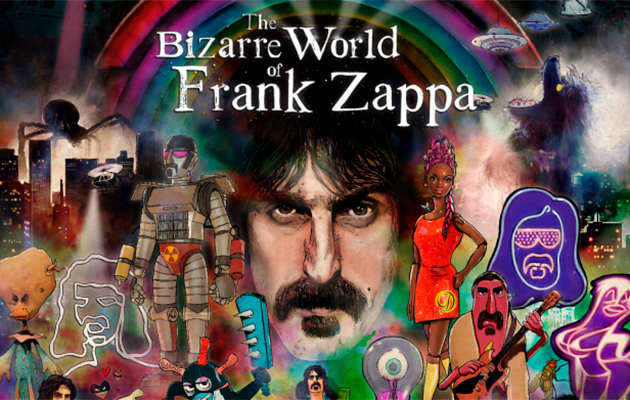 As first reported in Uncut last year, a Frank Zappa hologram tour is coming to the UK in May.

The Bizarre World Of Frank Zappa will feature a holographic Zappa performing along with some his former bandmates, including guitarists Ray White and Mike Keneally, bassist Scott Thunes, multi-instrumentalist Robert Martin and drummer and Zappa archivist Joe “Vaultmeister” Travers – with special guests set to join in on some shows.

The previously unseen footage of Frank Zappa is taken from a performance he filmed on an LA soundstage in 1974, with posthumous usage in mind.

“My father and I actively discussed 3D and ‘holography’ and it was a concept he actively engaged in,” says Ahmet Zappa, who is closely involved with producing the show. “This is a love letter and a journey celebrating the genius artistry of Frank Zappa. On a personal note, I feel like I am finishing something my father started years ago. And let’s not forget, Frank himself will be rocking his fans, alongside his bandmates like nobody’s business.

“We will be pushing the limits of what anyone has seen holographically on stage before in a live venue. Circumstances, objects, places and subject matter from Frank’s songs and imagination will be brought to life for the first time on stage. We are anthropomorphizing Frank’s music, so his own hand drawn illustrations, classic imagery from his album artwork and characters from his songs can all interact and perform on stage.”

Check our the tourdates below. Tickets are available here.