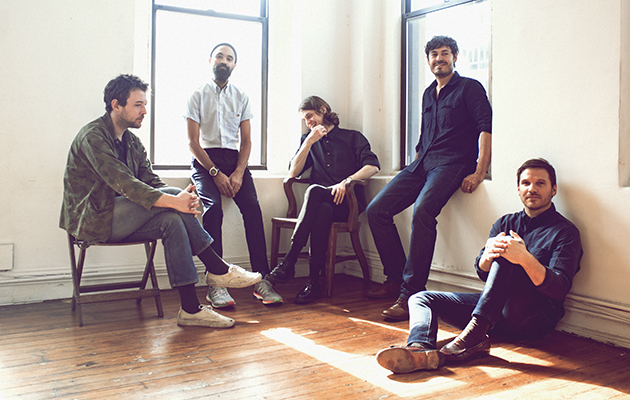 Fleet Foxes let Uncut gatecrash their first rehearsal in five years in the new issue, as they reveal the truth about the making of their comeback album, Crack-Up.

Telling a tale of university, F Scott Fitzgerald, surfing, zen retreats and “mental nightmares” in the studio, Robin Pecknold and his bandmates explain how they created their long-awaited third album.

“In some ways I was trying to become a different age or a different person making this record, like I was trying to be the person I always wanted to be,” says Pecknold. “There are certain things I don’t feel like I nailed on those old albums, so I wanted to make sure I could try those things, whether it’s a multi-part song or a certain kind of fingerpicking.”

“There are times on the record when you can hear [Pecknold] losing it,” says Skyler Skjelset. “He started pounding [the marimba] with mallets and yelling into the mic. I was watching him lose his shit, crying with laughter in the control room.”

The new Uncut, dated June 2017, is out now in shops and available to buy online.