An Australian woman gets eight years in prison 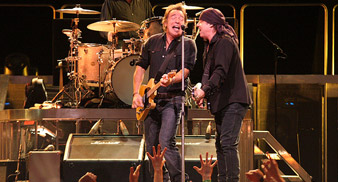 A fight over being allowed to listen to the music of Bruce Springsteen has been named as one of the reasons an Australian woman stabbed her boyfriend fatally.

Karen Lee Cooper has pleaded guilty at the Supreme Court in Brisbane today (March 13) reports Australian Associated Press news agency, and has recieved a sentence of eight years in prison.

The stabbing took place two years ago, when the couple who had been drinking in their rental home argued about music.

According to the loacl newspaper the Courier Mail, Cooper’s lawyer told the court she experienced a “brain snap.” It added, she ran to the kitchen, grabbed a knife and stabbed boyfriend Kevin Watson, after he said he didn’t want her to listen to a Springsteen CD.’

Later, in a formal police interview, she repeated her claims: “I mean, who doesn’t like Bruce Springsteen? I am 49 years old and I want to play my own music.”

Australian Associated Press also says that press reports say that “Cooper regretted the stabbing and did not think her boyfriend deserved to die.”