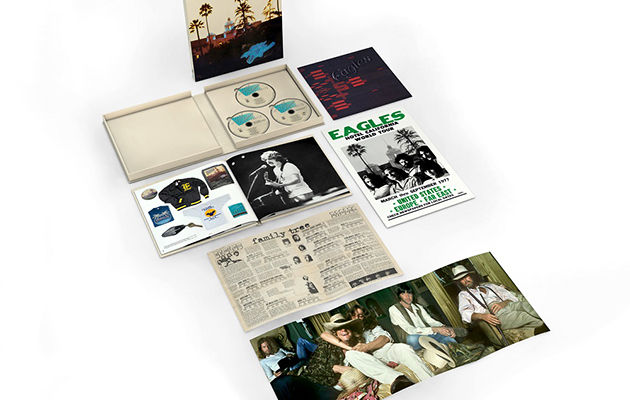 To celebrate this auspicious event, Rhino are releasing a 40th Anniversary Deluxe Edition on November 24.

Among the goodies is a full concert recorded at the Los Angles Forum in October 1976 – shortly before the album was released.

We’re delighted to premiere one of these tracks: a previously unreleased live version of “Hotel California” itself.

Presented in an 11 x 11 hardbound book, the 40th anniversary set also features rare and unseen photos from the era, a replica tour book and an 11 x 22 poster.

You can pre-order it by clicking here.

The track listing is: