Plus members of TV On The Radio, Sunwatchers and more 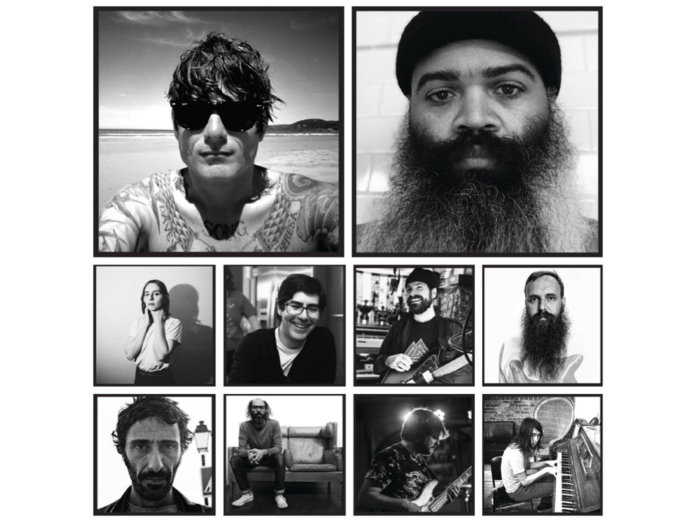 Bent Arcana are a new improv collective convened by John Dwyer and featuring members of Oh Sees, TV On The Radio and Sunwatchers, among others.

Their self-titled debut album is out on August 21 on Castle Face Records, and you can hear a brand new track from it – “Misanthrope Gets Lunch” – below:

Writes Dwyer: “This is the first interstellar transmission from five days of electrified & improvised sessions recorded at Stu-Stu-Studio, edited down to 40 minutes for your earballs. Bent Arcana is the inceptive chapter in what I hope to be several releases showcasing these types of off-the-cuff musical compositions. So you can try your fry on and turn off. This one is very much on the ECM / 70s hard fusion / prog-kraut tip. It is a many pronged weapon, swung by the spontaneous sentinel.”

Read John Dwyer’s introduction to the band below:

Peter Kerlin: electric and double bass (Sunwatchers, Chris Forsyth & The Solar Motel Band)
“The second I saw him play bass, I knew I wanted to write with him, and that was probably 30 years ago in my home town. Fucking finally. What a pleasure.”

Kyp Malone: modular synthesizer (Rain Machine, Ice Balloons, TV On The Radio)
“What can I say about Kyp? Other than that he is a master improviser and he really brought something very special to the table for these sessions. Melodious and haunting. Love it.”

Tom Dolas: keys (Mr Elevator, Oh Sees)
“One of my favorite people on earth to wing it with. He has God’s ears and Satan’s fingers. And he’s a good bloke to boot.”

Laena “Geronimo” Myers-Ionita: violin (Feels, Shannon Lay, Michael Pisario)
“I’ve been haunting Laena about doing a project together for a couple years not and I couldn’t be more pleased with her addition to the ensemble. Her violin style has a sort of relaxed quality to it that reminds me on Mickael Karoli’s playing in Can, Ornette Coleman’s violin or even a little bit of Jerry Goodman, so what could be better than that?”

Joce Soubiran: tenor saxophone
“I feel like when Joce plays, his heart is hanging out the end of his horn, bleeding all over the studio floor.
He is a fantastically emotional player and jettisons all other distraction when in action. Overwhelming and setiment and range.”

“And me, John Dwyer. We’ve met before so maybe you have an idea of what you are in for?”