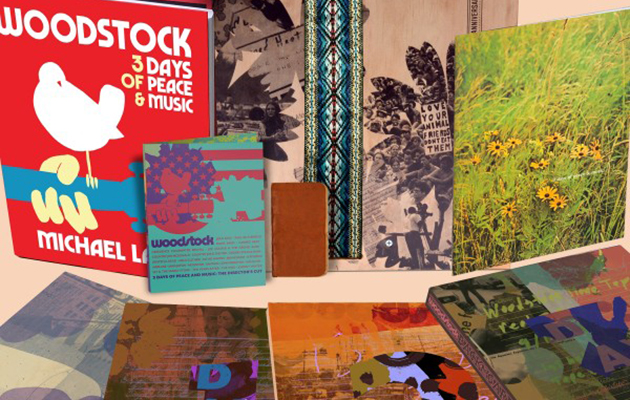 To celebrate the 50th anniversary of the Woodstock festival, Rhino have assembled a comprehensive audio document of the epochal event across 38 CDs.

Released on August 2 in a limited edition of 1969 copies, Woodstock 50: Back To The Garden: The Definitive Anniversary Archive includes full sets from all the 32 acts who performed at the festival, including Joan Baez, Grateful Dead, Credeence Clearwater Revival, Janis Joplin, Sly & The Family Stone, The Who, Jefferson Airplane, The Band, CSNY, Santana, Richie Havens and many more.

The 433-track collection includes almost every single song performed at Woodstock in chronological order (bar two Jimi Hendrix numbers and one by Sha Na Na that the compilers were unable to licence or adequately restore). The total running time is close to 36 hours, including almost 20 hours of previously unheard material.

Woodstock 50: Back To The Garden: The Definitive Anniversary Archive also includes a Blu-ray copy of the Woodstock film, a replica of the original programme, a guitar strap, two Woodstock posters, two 8×10 prints by rock photographer Henry Diltz and a copy of Woodstock: 3 Days Of Peace & Music – a new hardbound book about the event written by one of the festival’s co-creators, Michael Lang. It comes in a screen-printed plywood box with canvas insert inspired by the Woodstock stage set up, designed by graphic designer Masaki Koike.

“All of the mythology of Woodstock is here in this box; or at least, everything that would eventually create that mythology,” says producer Andy Zax. “The reality is here, too. And neither invalidates the other.”

Woodstock 50: Back To The Garden: The Definitive Anniversary Archive will cost £624.99, but for those hesitant to go the whole hog there will also be 10-CD, 3-CD And 5-LP versions available from June 28. You can pre-order all versions and check out the respective tracklistings by clicking here.