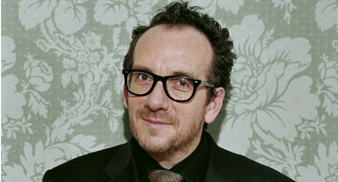 Elvis Costello has announced plans for a UK tour next spring.

The singer will bring his ‘Spectacular Spinning Songbook’ to his ‘Revolver’ jaunt of the UK and Ireland in May 2012, kicking off in Dublin on the 9 before wrapping up in Basingstoke on May 27.

The 13 dates will kick off with five tracks from Elvis Costello and his band The Imposters before members of the audience are invited to spin a huge wheel and select the next song.

Tickets go on sale this Wednesday at 9am (October 26). For availability of [url=http://nme.seetickets.com/Tour/ELVIS-COSTELLO?affid1nmestory]Elvis Costello tickets[/url] and get all the latest listings, go to [url=http://www.nme.com/gigs]NME.COM/TICKETS[/url] now, or call 0871 230 1094

A limited edition 3-disc live box set entitled ‘The Return Of The Spectacular Spinning Songbook!!!’, numbered and signed, will also be released on December 6.

Costello donated the original Spinning Songbook wheel to the Hartlepool Museum Of Showbusiness Machinery but the new one has been reconstructed from the original blueprints.