The band join U2 on stage 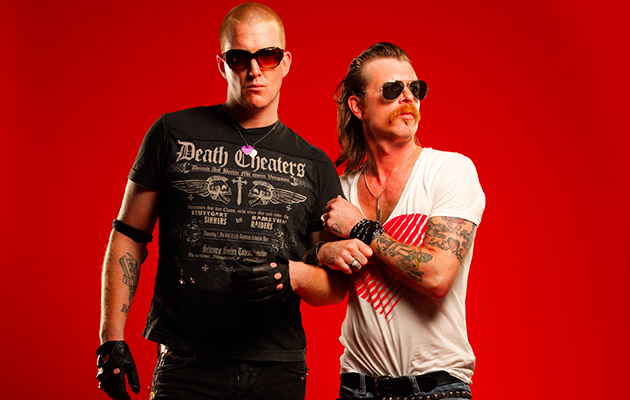 U2 invited the band onstage during their second and final night at the AccorHotels Arena. The bands performed a cover of Patti Smith’s “People Have The Power” before U2 left Eagles Of Death Metal to close the show with their own track “I Love You All The Time”.

U2’s gigs were originally meant to take place last month but were postponed after the terrorist attack in the city, which saw 89 people killed at an Eagles Of Death Metal gig at the Bataclan.

According to Twitter user U2start, Bono offered Eagles Of Death Metal the stage, saying, “They were robbed of their stage three weeks ago, we’d like to offer them ours tonight.”

"They were robbed of their stage three weeks ago, we'd like to offer them ours tonight" – EODM on stage! #U2ieTour pic.twitter.com/C9WapOPQFv

Following the show, Eagles… singer Jesse Hughes offered his “heartfelt thanks and appreciation” to U2.

“They reminded us that the bad guys never take a day off, and therefore we rock ‘n rollers cannot either… And we never will,” he said in a statement, reported by the BBC.

“We are incredibly grateful to U2 for providing us the opportunity to return to Paris so quickly, and to share in the healing power of rock ‘n’ roll with so many of the beautiful people – nos amis – of this great city.

“Thank you to France, and thank you to everyone in the world who continues to prove that love, joy, and music will always overcome terror and evil. We look forward to fighting the good fight on many more fronts very soon, especially when we pick up our tour in 2016. See you again in February, Paris.”