Contains their three albums on coloured vinyl, plus new essays and photos 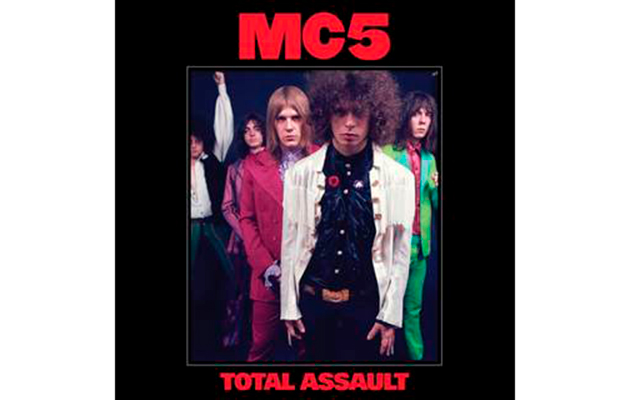 As part of MC5’s 50th anniversary celebrations, a new box set will be released containing the three influential albums they released between 1969-71. MC5 Total Assault: 50th Anniversary Collection is due out via Rhino on September 21.

Each album has been repressed on coloured vinyl: Kick Out The Jams (red vinyl), Back In The USA (white vinyl) and High Time (blue vinyl). The albums come in sleeves that faithfully recreate the original releases, including gatefolds for Kick Out The Jams and High Times. All three are housed in a hard slipcase with new art and previously unseen photographs by Raeanne Rubenstein.

The set also includes a new essay by Creem magazine founding editor/writer and Uncut contributor Jaan Uhelszki, who writes: “Turned loose on a bare stage, the MC5 were among the most awe-inspiring perpetrators of sheer bombast and rock and roll brinkmanship alive… They tore through the stuff they heard on the radio with a fierce intensity that transcended the original artists’ intent. Tunes by James Brown, Chuck Berry, the Kinks and the Rolling Stones vibrated at a higher frequency when the Motor City Five tackled them.”

MC5 co-founder and guitarist Wayne Kramer will release his memoir The Hard Stuff: Dope, Crime, the MC5, and My Life of Impossibilities on August 14 before hitting the road with a new all-star line-up of MC5 called MC50. The group will perform Kick Out The Jams in its entirety, along with other MC5 classics.

UK dates for the MC50 tour are as follows: