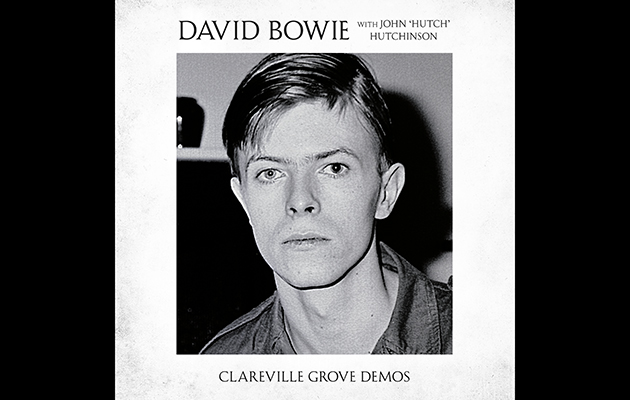 Following the release of Spying Through A Keyhole, Parlophone have announced that they’ll release a further 7″ box set of early David Bowie demos on May 17.

The photograph on the front is by Bowie’s then manager Ken Pitt and was taken in the Clareville Grove flat he had shared with Hermione. His short-haired look was due to him filming his role in the movie The Virgin Soldiers. 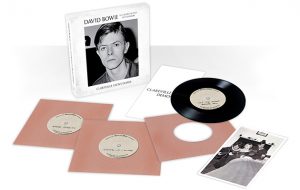 Single 1
Side A
“Space Oddity”
Now featuring the final lyrics, this version of the demo first appeared on the long deleted Space Oddity 40th Anniversary 2CD release. It’s making its debut on vinyl and predates the 2nd February Morgan Studios recording that featured in the unbroadcast Love You Till Tuesday television film.
Side B
“Lover To The Dawn”
This song aimed at a former lover would eventually morph into “Cygnet Committee” recorded for the David Bowie (aka Space Oddity) album later in the year.

Single 2
Side A
“Ching-a-Ling”
Previously recorded in October 1968 by the trio Turquoise featuring David, Hermione and Tony Hill (who became Feathers when Hutch replaced Hill). David and Hutch continued to perform the song as a duo following Hermione’s departure.
Side B
“An Occasional Dream”
Slightly different lyrically to the later album version, this version of the demo also first appeared on the deleted Space Oddity 40th Anniversary release.

Single 3
Side A
“Let Me Sleep Beside You”
A studio version was first recorded in September 1967 but remained unreleased until The World Of David Bowie album in 1970. The song was later recorded in session for the BBC in October 1969 and was one David clearly believed in, recording it once more for the unreleased Toy album 30 years later. That version finally saw the light of day on the Nothing Has Changed 3CD set in 2014.
Side B
“Life Is A Circus”
A cover of an obscure song written by Roger Bunn and recorded by vocal/instrumental quartet Djinn. Vocals are shared, Simon and Garfunkel-style, by David and Hutch.