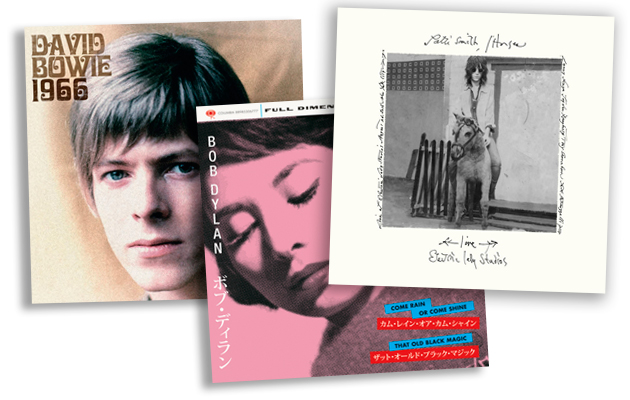 David Bowie, Bob Dylan and Patti Smith are among the artists featured in Record Store Day 2016.

A trio of Bowie releases include a picture disc of the 1970 album The Man Who Sold The World, featuring rare artwork from the German release, a picture-disc seven-inch of “TVC15” – with the single edit on the A side backed with Harry Maslen’s mix of “Wild Is The Wind” – and a 12-inch EP, “I Dig Everything“, compiling six tracks Bowie recorded and released as three different singles for Pye in 1966.

The red vinyl limited edition 7” vinyl was originally created for Dylan’s recent Japanese tour. It includes the tracks “Melancholy Mood”, “All Or Nothing At All“, “Come Rain Or Come Shine” and “That Old Black Magic“.

Elsewhere, Big Star’s 1993 reunion show, Complete Columbia: Live at Missouri University 4/25/93, will be released on double vinyl; Fleetwood Mac release an alternative version of their double album Tusk and the Flaming Lips will release an alternate mix of their 1995 album Cloud Tastes Metallic.

Record Store Day will take place on 16 April 2016. You can find the full releases for the UK here and America by clicking here.