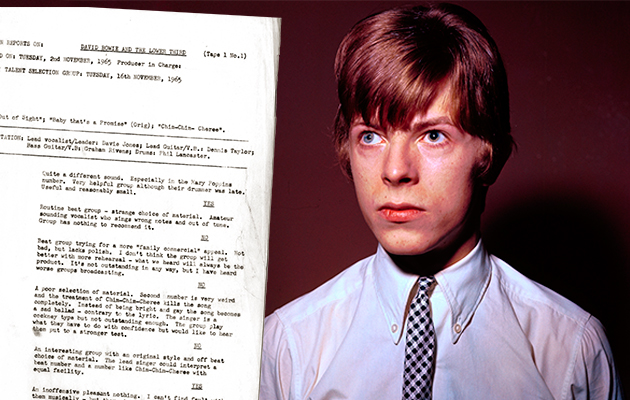 Completing Francis Whately’s trilogy of David Bowie documentaries for the BBC, David Bowie: The First Five Years will air on BBC2 in 2019.

According to a press release, the film starts in 1966, soon after David Jones changed his name to Bowie. It “traces his interest in everything from Holst to Pinky and Perky, from Anthony Newley to Tibetan Buddhism, and how he used all these influences to create not only Ziggy Stardust, but the material for his entire career.”

The film has unearthed a report of a BBC audition from Tuesday 2 November 1965 of a band called David Bowie And The Lower Third. The report reveals that their audition material included “Chim-Chim-Cheree” as well as an original number called “Baby That’s A Promise”. In the report, the BBC’s ‘Talent Selection Group’ describe Bowie as having “quite a different sound”, but also “no personality”, “not particularly exciting” and “will not improve with practice”.

The BBC has also announced that it will broadcast David Bowie At Glastonbury 2000 on BBC4 later this month. It was recently announced that Bowie’s headline set would be released on CD and LP.