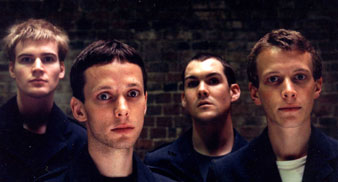 British Sea Power have announced they will hold their own festival, set to take place in the grounds of the Tan Inn Pub in the Yorkshire Dales – the highest pub in the UK – on August 29-31.

BSP will play the festival, which has been christened ‘Sing Ye From The Hillside!’, and will make further line-up announcements before the event.

Frontman Yan may have given some clues to the line-up in this month’s issue of Uncut Magazine where he reveals his most treasured albums in ‘My Life In Music’.

“When I was eight, I ended up with a load of Wurzels vinyl and me and my brother used to sing along, trying to work out the relationship was between farm machinery and girls,” says Yan. “We’re officially twinned with The Wurzels in the way that towns are.”

The famously playful band, who once bamboozled journalists by handing them grid reference coordinates instead of a press release, have worked with local Dent Brewery to create a new beer especially for the festival.

The event is also set to feature husky racing and duck herding as part of the fun.

British Sea Power will play a set at Latitude festival and the following live dates.