A campaign has been launched to stop the venue form closing 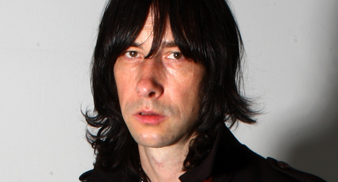 London mayor Boris Johnson was jeered as a quote from his office was read out at the launch party for the Save The 100 Club campaign in London last night (November 3).

Although Johnson did not attend the event, in aid of the legendary jazz and punk club’s possible closure, a statement on behalf of his Strategy Culture Team was read out by music critic David Quantick.

As Quantick introduced it, members of the audience at The Gibson Rooms jeered its lack of effective measures, with some hecklers labelling Johnson as a “wanker”.

The 100 Club faces being closed down to spiralling rental costs, a point which the statement made reference to.

“The mayor understands the importance of the 100 Club in providing a platform for emerging talent and established artists from across the genres,” the statement began, before going on to call the 100 Club “an essential part of London‘s post-war music scene with its own remarkable story”.

However, it ended by saying: “Unfortunately, the Greater London Authority has no statutory powers to intervene in commercial rental costs.”

Following the statement, Quantick joked that it was “a big wave of support there from Boris Johnson“.

The host also read out a statement from former London mayor Ken Livingstone, who is Labour‘s mayoral candidate for the 2012 election. In it, Livingstone said he supports the campaign “completely” and has “drawn up proposals to protect such venues through planning law”.

Others who provided support to the campaign by way of written statements include Alan McGee and Primal Scream frontman Bobby Gillespie, who called the 100 Club “the best room in London“.

See Savethe100club.co.uk for more information about the campaign.