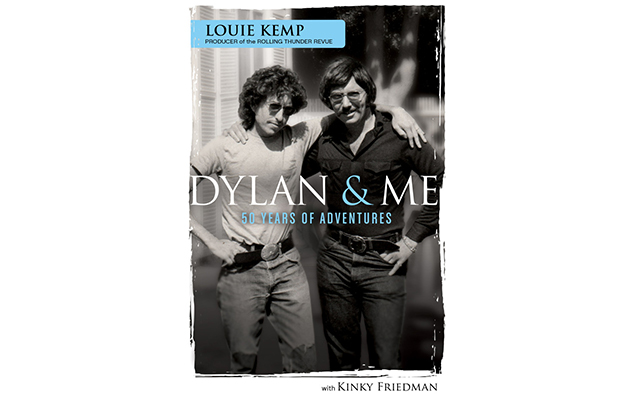 Bob Dylan’s friend Louie Kemp has announced that his memoir Dylan & Me: 50 Years Of Adventures will be published on August 15.

Kemp first befriended Dylan at Jewish summer camp in the early ’50s; they lost touch when Dylan moved to New York in 1961 but reconnected in the early ’70s, with Kemp subsequently invited to produce the Rolling Thunder Revue tour.

Kemp was encouraged to write Dylan & Me: 50 Years Of Adventures by fellow Rolling Thunder alumnus Kinky Friedman, who also provides the book’s introduction.

He has chosen to self-publish the memoir after a deal with a publisher fell through. “They kept asking me to write about things that I didn’t think were pertinent,” Kemp told Rolling Stone. “All the stories I’m willing to share in this book are stories that don’t violate our friendship. They are stories that show the human side of Bob. They make him look like one of the boys… To me, he has always been Bobby Zimmerman and these are all Bobby Zimmerman stories. Bob Dylan is his commercial side. I wanted to show a totally different perspective on him than anyone has ever heard before.”

You can pre-order Dylan & Me: 50 Years Of Adventures and read an extract from the book here.