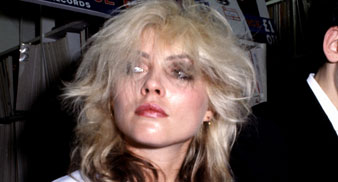 Blondie are to provide the soundtrack for the West End transfer of Madonna’s 1985 film, Desperately Seeking Susan, due to open this October.

The band’s frontwoman and rock icon, Debbie Harry says, ‘the story just works with the lyrics, I thought it was a good idea, really smart’.

The show will include a number of Blondie hits including ‘Heart of Glass’, ‘One Way or Another’ and ‘The Tide is High’.

Also appearing in the musical will be an original song written by Harry during her solo career which kicked off with her 1981 solo album, Koo Koo.

Taking Madonna’s role in the show will be West End actress Emma Williams who turned down the role as Maria in The Sound of Music, after the popular TV search for an actress for the role.

Williams will be starring alongside ex-Guys and Dolls actress Kelly Price who will play the role of Roberta Glass.

Susan Gallin, who is producing the film, assures fans of the film that the West End show will be ‘very close to the movie’, but as Debbie Harry explains ‘it’s a live show so it’s going to be different to the film, probably more light-hearted’.

Desparately Seeking Susan the original movie was released at the initial peak of Madonna’s success in 1985 and her first UK number one hit, ‘Into the Groove’ accompanied the release of the movie.