Americana heroes even get applause for their soundcheck 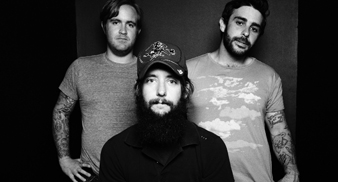 The band, performing on the John Peel Stage in the early evening, performed “Read My Mind For Free” alongside tracks from their two albums, “Cease To Begin” and “Everything All The Time”.

Obviously pleased with the reaction from the audience – who even applauded the band’s soundcheck – frontman Ben Bridwell said: “This fucking rules! Woo!”