Features a new stereo mix by Bob Clearmountain, plus outtakes and alternate versions 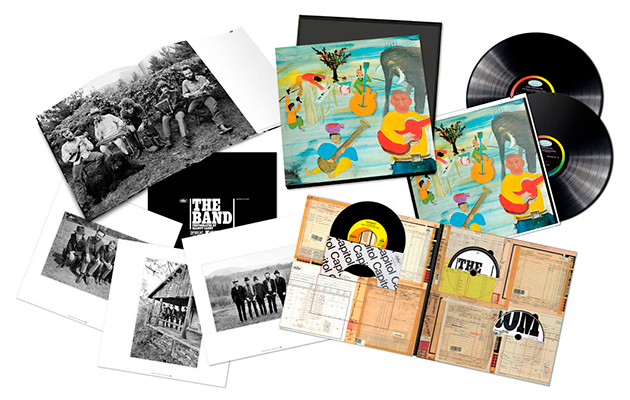 To mark the album’s 50th anniversary, The Band will reissue Music From Big Pink in a variety of expanded editions on August 31, including CD, digital, standard 2xLP, limited edition pink vinyl 2xLP and Super Deluxe CD/Blu-ray/2xLP/7″ box set with a hardbound book.

All configurations feature a new stereo mix for the album, produced by Bob Clearmountain from the original four-track analogue masters. CD, digital and box set configurations also include five outtakes and alternate recordings from the Big Pink sessions and a previously unreleased a cappella version of “I Shall Be Released.”

Exclusively for the box set, Clearmountain has also produced a new 5.1 surround mix for the album and the bonus tracks, presented on Blu-ray with the new stereo mix in high resolution audio (96kHz/24bit). All the new audio mixes have been mastered by Bob Ludwig at Gateway Mastering. The box set also includes an exclusive reproduction of The Band’s 1968 7″ vinyl single for “The Weight” / “I Shall Be Released” in their new stereo mixes and a hardbound book with a new essay by David Fricke and classic photos by Elliott Landy.

Watch a trailer for the anniversary editions of Music From Big Pink below:

Check out the tracklisting for the CD (available separately or as part of the Super Deluxe edition) below: