Hurray For The Riff Raff interviewed

An eye-opening tour of New Orleans: “When the sun goes down, it’s different here....” 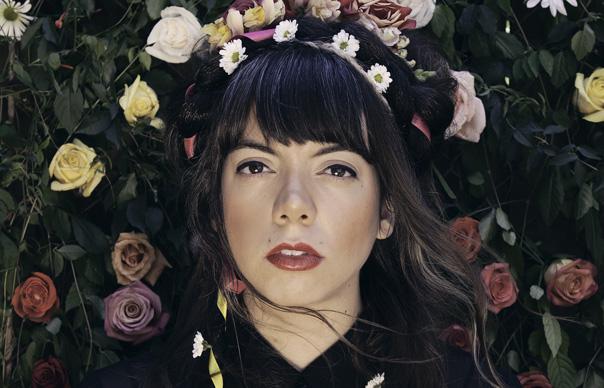 This is the full text of my interview with Hurray For The Riff Raff in New Orleans. I’ve added a lot of music to listen to as you read; not just by Alynda and the Riff Raff, but by some of the other New Orleans musicians who are critical to the story.

One warm lunchtime in early May, New Orleans does not seem a particularly dangerous place. The French Quarter is full, as usual, with tourists brandishing frozen daiquiris, ambling past the voodoo stores and buskers. At the edge of the district, a guide shepherds her tour party out of this bohemian theme park and across Rampart Street. “Now,” she says, “you can tell your friends back home that you actually left the French Quarter.” Ten minutes later they return, unbloodied.

Beyond the tourist zone, all appears peaceful. In the Lower Ninth District, still recovering nearly a decade after Hurricane Katrina, nothing moves on the levee overlooking the Mississippi. A few minutes’ drive away in the St Roch neighbourhood, Music Street is just as quiet. We cruise past the old house of Alynda Lee Segarra, fulcrum of Hurray For The Riff Raff and one of the most distinctive voices to have emerged from New Orleans – and, perhaps, from the United States – in the last few years. While Segarra was living there, in 2010, the area endured one of the city’s periodic explosions of violence: a series of murders, rapes and home invasions concentrated on the streets between Franklin and St Roch Avenues. Among the victims was Jon Flee, 27, a hobo and artist whom Segarra had known since she was 15. He had been shot in the head by, police believed, a 16-year-old on a spree that included two more murders that same night.

“When the sun goes down, it’s different here,” says Segarra. “I’m from New York, and when I first came to New Orleans I thought I was tough, but it was nothing like what I’d ever experienced. In New York, I got mugged twice but never really felt that afraid. I always felt there was some kind of order glueing everything together. But in New Orleans, especially after the storm, people have to go through such hardship and injustice, and it just gets rid of that order. It makes the anger so strong, the confusion so strong.”

The fifth Hurray For The Riff Raff album, Small Town Heroes, contains a song called “St Roch Blues”, a spare, haunted doo-wop written and sung by Segarra with her sometime bandmate and former boyfriend, Sam Doores; a eulogy for Flee and the many other casualties of this mystical, unsettling city. Segarra’s songs often capture the romance of New Orleans, and her own unusual story – how the punk daughter of New York’s Deputy Mayor ran away at 17, hopped trains across country and reinvented herself singing folk ballads of a modern, complex American South – has the alluring quality of a myth.

New Orleans’ charm is easy to understand. It is a city steeped in history and culture, where young musicians can live out an escapist fantasy, hustling from the buskers’ domain on Royal Street to the clubs of Frenchmen Street, from one impromptu and surprisingly lucrative performance to the next. But at the same time, the messier fundamentals of New Orleans make it a hard place to hide from reality. 155 people were murdered there in 2013.

“St Roch Blues” comes loaded with a sorrowful warning to those dreamers who might follow Segarra’s path. “Baby please don’t go down to New Orleans,” she harmonises with Doores, “Cause you don’t know the things I seen.” One day, Segarra saw a 15-year-old boy get shot just across the road from her house, in the middle of a block party. “His grandmother told us there were some kids who were upset he wouldn’t join their gang,” she says.

“That was a really big wake-up call. ‘St Roch Blues’ is about my outsider’s perspective and about feeling naïve, more than anything. We’re singing, ‘Don’t come to New Orleans,’ but really what we’re trying to say is, ‘Don’t come ignoring that there needs to be help here. Don’t come ignoring the fact that the storm happened, that there are people who are struggling.’ That’s what I would like to get out, especially to young buskers who come here: ‘Be aware of the pain that people went through, and respect that pain.’”