The smells of Bill Murray revealed…

Scratch and sniff book divulges all 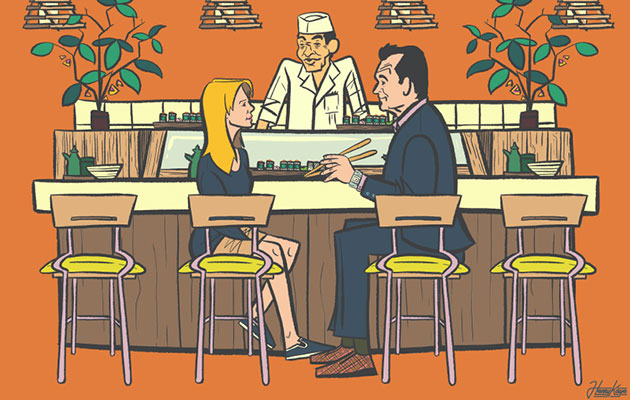 There is a website called Bill Murray Stories, where members of the general public are invited to submit photographs and anecdotes of themselves featuring Bill Murray. Each one details unusual and random encounters with Murray at baseball games, on the golf course, or the Duty Free at JFK airport.

The stories carry headlines like, ‘Autograph At My Wedding’, ‘One Unbelievable Elevator Ride, Part 2’ and ‘Bill Murray Ate Church’s Chicken At My Choir Rehearsal’. They’d make a good regular slot on This American Life, perhaps. They are all warmly told, not in the least bit stalkery, and reveal Murray to be the charming, quirky guy you’d always hope he’d be.

The site is one aspect of what you could perhaps losely describe as an unnoficial and good-natured industry that has sprung up around Murray. You can buy a Bill Murray colouring book or a paper doll tribute or a number of different designs for tote bags.

You suspect that Murray himself would find all this rather good fun. After all, Murray genuinely appears to enjoy interacting with his fans: performing karaoke with strangers, crashing stag dos or bartending at South By South West. Accordingly, you’d hope that a man with this kind of sensibility would take such affectionate homages – t-shirts, mugs and leggings – in good spirits.

Stop offs for karaoke sessions aside, it’s been a busy time Murray recently. Last week, it was announced that Murray would be returning to Ghostbusters franchise, while over the weekend Disney rolled out footage of Murray as Baloo the Bear singing “Bare Necessities” in their remake of The Jungle Book.

This week, meanwhile, Murray is the subject of two new books. The first, The Big Bad Book Of Bill Murray, takes a more time-honoured approach to the actor’s career, promising to chronicle “every single Murray performance in loving detail, relating all the milestones, yarns, and controversy in the life of this beloved but enigmatic performer.”

The second, however, is a little less conventional. Cook Your Own Food is a scratch and sniff book, based around scenes from Murray’s most celebrated films – Lost In Translation, The Life Aquatic, Caddyshack, Groundhog Day and so on.

According to the publisher’s website, “Feel closer to the greatest man alive! Delve into his scenes, drink with him, laugh with him and smell as he smells.

“We’ve brought together some amazing artists to re-interpret some classic Bill Murray films. Focusing on his culinary habits.

“Scratch the smelly pads at the top right and enter the world of Bill Murray”.

You can buy it online by clicking here.

You might be tempted to buy a copy, and then – who knows? – read it in a Wes Anderson-themed bar for full effect.