Reviewed! Richard Linklater’s Everybody Wants Some!! 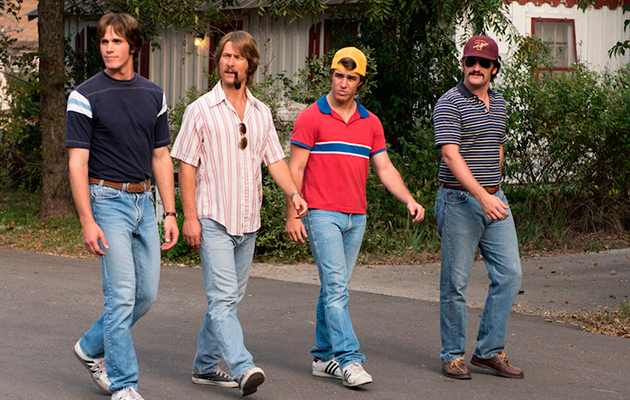 In 1983, Richard Linklater made Dazed And Confused, a warm, meandering tale about the last day of term in a Texas high school in 1976. His latest film, Everybody Wants Some!!, is a warm, meandering tale set just before the first day of term in a Texas university in 1980. The similarities are entirely intentional: Linklater has described his new film as a ‘spiritual sequel’ to his earlier piece. Accordingly, this is an agreeably shaggy yarn about the thoughts and desires of an amiable bunch of characters, set on the cusp of adulthood. Maybe Linklater should have called his film Dudehood?

The film’s protagonists are a group of college baseball players who share a house off-campus together. Bongs are smoked, rock music is played at volume, mattresses are used to surf downstairs. 1980 is a propitious date: it falls roughly halfway between the releases of Animal House and Porky’s, both films you’d imagine the characters in Everybody Wants Some!! would have enjoyed immensely.

Jake (Blake Jenner), is a talented pitcher beginning his freshman year at a Texas university. He finds himself bunked in with fellow teammates, whose pursuit of beer, sex and Good Times is paramount. “This is the best day of my life – until tomorrow!” says one. Linklater is generous with his cast. Even in this busy ensemble, everyone gets their chance to shine. There is Finnegan (Glen Powell), the talkative king of campus; competitive star player Glen (Tyler Hoechlin); stoner Willoughby (Wyatt Russell). An early scene established the key characters via a car singalong to Sugar Hill Gang’s “Rapper’s Delight“, a moment to rival the similar “Bohemian Rhapsody” scene in Wayne’s World.

Interestingly, there is no antagonist – no Dean Wormer, if you like – on their tails, threatening to disrupt their fun. Does the film need some kind of dramatic threat? Evidently, Linklater thinks not. As they hustle their way round discos, house parties, student dorms and sports halls – their exploits soundtracked by Van Halen, The Knack, Cheap Trick, Blondie and The Cars and more – Linklater seems content to simply let his dudes be. Why spoil the fun?

Everybody Wants Some!! is indisputably a male film – there is only one female character of note. But the jocks in Linklater’s film are miles apart from today’s frat movie characters; these are mostly clever, curious and likeable, their camaraderie given a tender spin by Linklater.