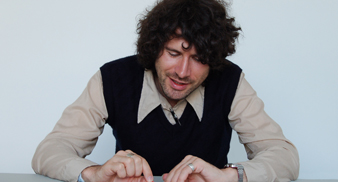 UNCUT: You seem to have reigned in the excess on this one.
RHYS: When Rough Trade picked us up, Geoff Travis said, “Can you make us one of those pop records?” So we recorded a load of songs and initially we were going to choose heavier songs but in the end we tried to make our idea of a pop record.

U:Apart from your debut, this is the first Furries album without artwork by Pete Fowler. Why’s that?
GR:Yeah, he’s done every record since (i)Radiator(i). It was a band decision to cut the line after ten years, which was really difficult because he’s a genius. We were more upset than he was. This record has a very eleborate surrealist screenprint by the Japanese artist Keiichi Tanaami.