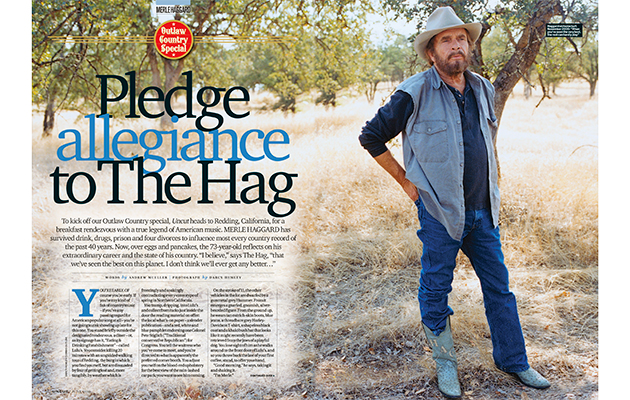 You’re early. Of course you’re early. If you’re any kind of fan of country music – if you’ve any passing regard for American popular song at all – you’re not going to risk showing up late for this one. You stand briefly outside the designated rendezvous, a diner – or, as its signage has it, “Eating & Drinking Establishment” – called Lulu’s. You consider killing twenty minutes with an unguided walking tour of Redding, the burg in which you find yourself, but are dissuaded by fear of getting lost and, more tangibly, by weather which is freezingly and soakingly contradicting every stereotype of spring in Northern California. 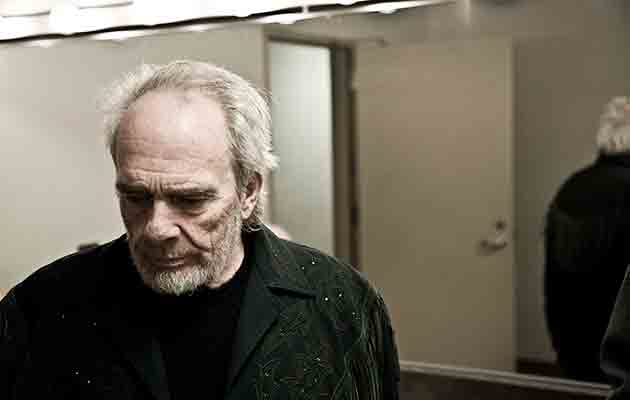 You tramp, dripping, into Lulu’s and collect from racks just inside the door the reading material on offer: the local what’s-on paper – a slender publication – and a red, white and blue pamphlet endorsing one Colonel Pete Stiglich (“Traditional conservative Republican”) for Congress. You tell the waitress who you’ve come to meet, and you’re directed to what is apparently the preferred corner booth. You adjust yourself on the blood-coloured upholstery for the best view of the rain-lashed car park; you want to see him coming.

On the stroke of 11, the other vehicles in the lot, impressively hefty though many of them are, are dwarfed by a gunmetal grey Hummer. From it emerges a gnarled, gnomish, silver-bearded figure. From the ground up, he wears tan ostrich-skin boots, blue jeans, a threadbare grey Harley-Davidson t-shirt, a shapeless black coat and a khaki bush hat that looks like it might recently have been retrieved from the jaws of a playful dog. You lose sight of him as he walks around to the front door of Lulu’s, and so you throw back the last of your first coffee, stand, and prepare to offer your hand.