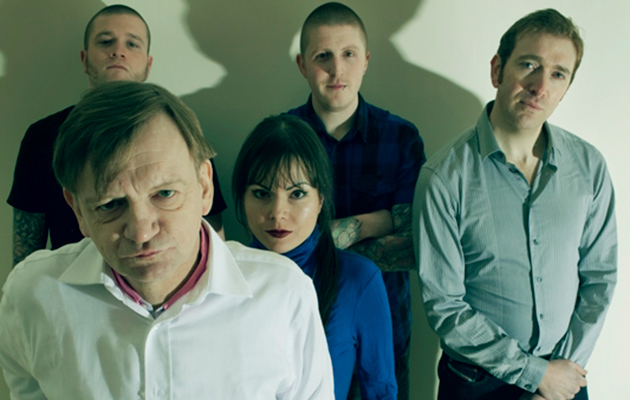 Why are do you always refer to The Fall as a ‘group’ rather than a ‘band’?
Nic, via email
It’s like when you play Jools Holland – they’re all [cue withering disdain] “bands” and they’ve all been to music college. They’ve all studied to be in a “band”, they’ve all got degrees to be in “bands”. You understand? It’s true: they’ve all done courses. I don’t know, to me a band’s like, 26 musicians. The Fall’s different. The Fall’s a group.

Do you ever miss the good old days? Or are things better now than they were in the 1960s and 1970s?
Mark Hall, Paris
Of course they are. The 1960s and 1970s were a fucking nightmare. That’s why The Fall was born, out of that crap. What makes me laugh is that it’s all coming around again – you turn the radio on, and it’s all crappy soul, Abba and the Eagles, which is why The Fall was started in the first place. It’s like The Twilight Zone. I remember coming into Manchester, trying to buy Raw Power by The Stooges and having to bloody fight to get that LP, going into Virgin records and them going, “Oh, you don’t want that…” Asking for MC5 and them going, “You don’t want this. You want Tubular Bells.” It was a hard job. That was the sort of thing you were dealing with.

The internet. Good or bad?
Chris Abbott, Harlesden
The group read it, you know? All the groups I’ve ever had read it. But I think it’s bad for your eyesight. I’ve got friends, not in the group, but serious Jewish guys who do it for a living and they’re “Look at this, look at that” and it’s all very interesting, but I think it’s like a foreign language, if you’ve not been brought up with it. But even those techno buffs, they believe everything they read on it. I get people on the street and they say, “I thought you were in Newcastle today.” And I’m like, “I turned down the show six weeks ago.” You understand me? It’s Chinese whispers.

You’ve predicted a lot of world events in your songs. Did you ever think there would be suicide bombers in Britain?
Lucy McAlister, Edinburgh
If you want the brutal truth, I’m surprised it wasn’t any heavier – you declare war on a country and they’re going to fight back. It’s the arrogance of the invader: the Germans thought they could blitz Britain with no comeback, and then the British drop one bomb on Berlin and they fucking shit themselves. What I’ve noticed about London is that they say it’s multicultural, but I’ve been in shops and they think you’re a thief because of your accent.