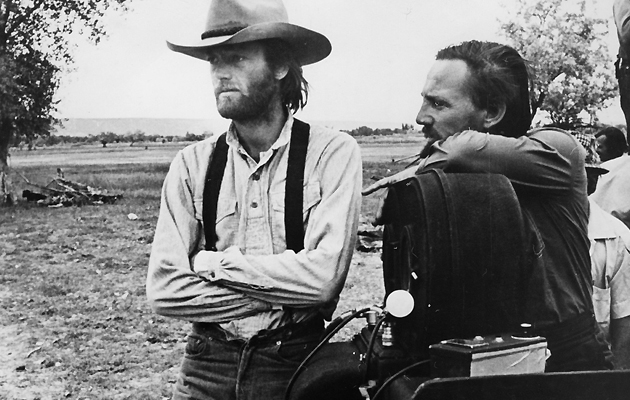 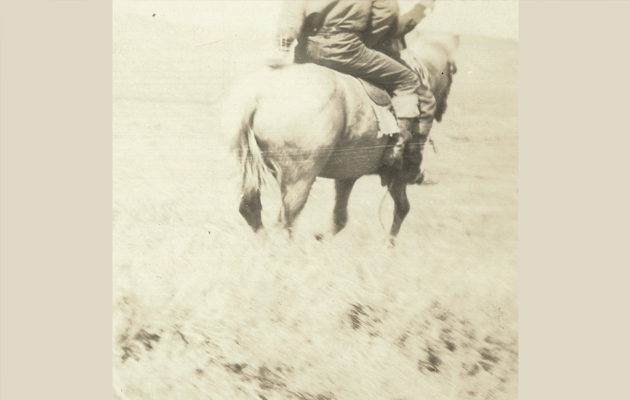 In conversation, Fonda is the antithesis of the laconic men he usually plays (his diffident Hired Hand character is one notch beneath Eastwood’s No Name in the loquacity stakes). Words come pouring out in animated torrents. One of the greatest things about his quirks of speech is the way he’s given to lapsing into full-on West Coast biker talk when you least expect it, like when he’s attempting to describe to me the extremely subtle shadings Bloom brings to one particularly delicate scene: “The change in her expression is just like a power shift, man, it’s like you just got slammed into second gear and you’re up at 4,000 RPM, and you’re going into the corner at full throttle…”

Even so, his tone changes perceptibly, growing even warmer, when I ask him about Oates, and why he wanted him for his movie. “I’d watched Warren work a couple of times before,” Fonda says, “and he was always … figuring things out. I could see him working on every movement. And I’d always watched him being misused, you know? I thought: this guy, there’s something very touching in his heart, and he’s perfect to play Arch, because Arch is really the romantic lead. And I just thought Warren Oates would be the least likely for the role as far as the audience was concerned – but the most likely as far as I had it in my mind. I’m just so sorry that we lost him. I had many more films planned to do with him. I really loved that man.”

Considered today, a couple of things stand out about The Hired Hand. For one, the movie Fonda chose to make seems a very conscious reaction to the films he had been doing before it. Immediately prior to Easy Rider, he’d acted in two Roger Corman pictures which fed directly into the film he and Hopper made: the whacked-out, Jack Nicholson-scripted pro-LSD flick, The Trip (1967); and the fabulous nihilist-biker classic, The Wild Angels (1966), with Fonda sullen and pencil thin astride a Harley in black leather and shades, iron cross around his neck, joint between his lips.

Representing a retreat inwards, away from speed, volume and electricity, searching for something older, lasting, and definitively American, The Hired Hand followed those movies the way John Wesley Harding and the downhome ruminations of Music From Big Pink followed the amphetamined storms Bob Dylan and The Band created in the mid-Sixties. A contemplative, nuanced, deceptively simple pastorale, the film moves at its own measured pace through a bare but beautiful Western landscape, recorded by a reverent camera that would appear to be in a state of extremely heightened awareness, pausing to linger over tips of grass, the way sunlight hits water, patterns traced by breezes across desert sand, skies bruised purple by night and bleeding sunset.

The film’s soundtrack, by the cult folk musician Bruce Langhorne (a Dylan collaborator, and, legend has it, inspiration for the title figure of “Mr Tambourine Man”) delicately catches some of this drift.

“Yeah, that was kind of the idea,” Fonda says, lighting up at mention of Langhorne. “I mean Easy Rider knocked people’s socks off, but The Hired Hand was so much more contemplative. And you’re right: at that time, music, the rock scene, kind of took a turn, went interior, quieted down. And actually, now we’ve restored the film, we’ve done such a good thing with the film’s score. Bruce’s music, which is so subtle and so interesting, sounds so much better now. It’s so subtle, and it has this totally non-regular Western feeling, but no one noticed it back at the time.

“Bruce is a very interesting guy. He plays all the instruments, he makes all the noise, the effects that are going on. He plays 48 stringed instruments virtuoso, and when I hired him, Universal got very upset with me and said, ‘You just can’t go around hiring your friends!’ And I said, ‘Well, that’s not quite what it is…’ ‘Yes it is, we’ve never heard of Bruce Langhorne! I said, ‘Well, he was Albert Grossman’s studio guitar player, his top guitarist–‘ ‘Who the hell’s Albert Grossman?!’ ‘Uh, well, Albert’s Bob Dylan’s manager, Albert owns Judy Collins, Joan Baez, all these people and Bruce Langhorne’s the one who taught them how to get onstage and play…’ Y’know.

“And Bruce was this dear friend of mine, and I thought: Jesus, I can get this one guy to do all these different jobs, because if I say to Bruce I wanted a philharmonic orchestra or whatever, he’d play 15 different violins himself, whether they were tenor, alto, soprano whatever, he’d play a different one and build the track, and it would sound like I had a whole orchestra there. But it’d be just the one dude. Poor Bruce. But he loved doing it. And Universal were just stunned by my response, my insistence on using him, until they saw some of the footage put to Bruce’s music. Then they began to relax a bit. But before that, they were like that about everybody: ‘Who’s Verna Bloom…?’ I just said: ‘Wait’ll you find out…’”

Another thing that seems clear today is that, for Fonda, the period when he was making The Hired Hand – just as Easy Rider was mushrooming from hit movie into cultural phenomenon – represented a brief moment when, out on his own, making his own movie, for a short period he was allowed to simply be himself. Up until Easy Rider, he’d been “Henry Fonda’s kid”. Afterwards, he’d be forever known as “Captain America,” and the Peter Fonda who made The Hired Hand was effectively lost in the shuffle.

“It’s true what you’re saying,” he considers. “Although I didn’t do Easy Rider to break out from my dad’s monumental shadow. I did it because I knew it would make money. I never expected it would become an icon, though. But, yeah, the next film I thought, I’ve probably gotta break that mould. But, I was just becoming aware then that people were starting to treat me quite differently. It was a different kind of fan attraction than something like Elvis, for example, who’d have people trying to tear his clothes off. People just wanted to … touch me. And it was weird.

“So, I read this script, and it was such a beautiful story. I can’t think of another Western before that could, I guess, be called a feminist western, because it really all pivots around her. And I figured, this is really cool, this is a far out western, and westerns are the way Americans talk about their mythology and this would certainly get them off of: ‘Hey! Easy Rider! Hey! Captain America!’

“But they weren’t ready. Y’know: I was never known as ‘Hey! Harry Collings!’ – it just never happened. No one wanted to see me that way. They wanted me on a motorcycle, smoking a joint.” Fonda laughs again, the cackle turning into a sigh. “So I was Captain America for a long bloody time…”