Low, Tame Impala and Fuzz at End Of The Road – Day 1 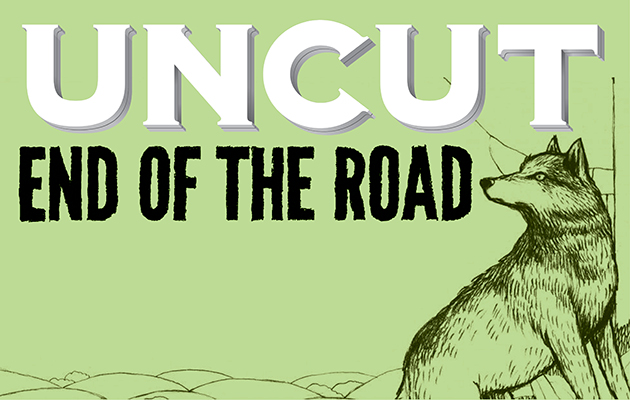 As primal as these noises are, however, the stoner-metal trio’s music is surprisingly complex. Californian wunderkind Ty Segall is on drums and vocals, his face covered in corpsepaint, Charles Moothart from the Ty Segall Band is on guitar and vocals and Chad Ubovich is on bass and vocals, and the three seem to have an almost telepathic bond; they jump between Sabbath-like riffs at breakneck speed, and oscillate crazily between crashingly loud riffs (mostly) and very quiet sections (rarely).

As well as highlights from their self-titled 2013 debut, such as “What’s In My Head?”, Fuzz use their set at End Of The Road to showcase some of the best cuts from their album II, due for release in October. Ferocious single “Rat Race” gets an airing, and the trio end with the speedfreak madness of 14-minute instrumental “II”, which evokes Blue Cheer, The Mars Volta and King Crimson in equal measure. It’s nearly as astonishing as Segall’s octopus drumming.

Before Friday’s headliners Tame Impala start, there’s a huge influx from the rest of the site to the Woods Stage. More electronic third record Currents seems to have considerably widened the appeal of Kevin Parker’s group, and they duly play a fair amount from it, beginning (after a short intro) with pounding, euphoric album opener “Let It Happen”.

“Mind Mischief” and “Why Won’t They Talk To Me?” from 2012’s Lonerism are next, the group’s swirling synths and echoed guitars aided by crystal-clear sound and some well-judged phasing from their sound guy. Reflecting Currents‘ sound, though, these are arranged with more synths, leaving the songs sometimes sounding a little too slick.

“It Is Not Meant To Be”, the first track on Tame Impala’s debut Innerspeaker, suffers a little from this too, before a hazily heavy “Elephant” restores the balance, its twin-guitar sections strangely reminiscent of Fuzz’s performance from an hour before. A wiser band would have left this song, their most well-known to casual listeners, until later in the set – but before we can find out how this strategy pans out, we head over to see Low headline the Garden Stage.

Last time they played End Of The Road in 2008, singer and guitarist Alan Sparhawk had something of an onstage meltdown and threw his hefty Gibson Les Paul into the crowd, but tonight he’s on his best behaviour. “Hey, I’m really surprised they invited us back,” he says. Tonight Sparhawk is on his best behaviour, and his band turn in probably the most impressive set we’ve seen today.

The performance is heavy with songs from their forthcoming Ones And Sixes album, such as “Lies”, “The Innocents” and “What Part Of Me”, but they blend in well with older material such as “Especially” from 2011’s C’Mon, or an apocalyptic “Pissing”, which ends with the guitarist screaming into his pickups. He reprises the noise after the song has ended, dedicating the feedback to “the guy who’s flying the Confederate flag down there… what the hell, man?”

Both Sparhawk and drummer Mimi Parker are in fine voice, and the audience are on the whole quiet and respectful despite the group’s minimal volume throughout. The music almost dissolves completely during the closing “Murderer”, Parker and Sparhawk’s wordless voices rising up to the clear black sky and visible stars above.