Our Top 20 cinema and streaming releases of the year 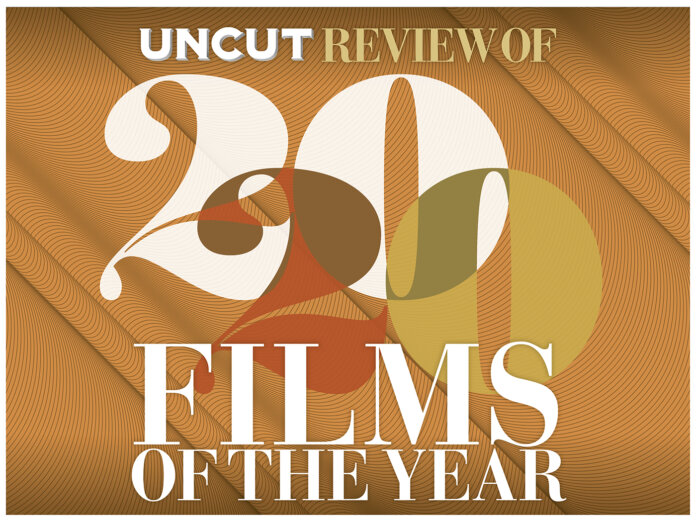 20 The Lighthouse
Director: Robert Eggers
The director of The Witch offered another exercise in period Gothic with a maritime nightmare in black and white that brought new meaning to the concept of self-isolation. With dialogue channelling Herman Melville and 19th-century mariners’ journals, it starred Willem Dafoe and Robert Pattinson as two men coming to loggerheads at a remote ocean outpost.

19 Calm With Horses
Director: Nick Rowland
From debut director Rowland, this tough, feral story of rural Irish gangland starred Cosmo Jarvis – the discovery from Lady Macbeth – as a boxer turned enforcer to a crime clan, with Barry Keoghan as the young scion who keeps him on a tight leash. Scripted by Joe Murtagh, a steely drama of violence and troubled loyalties.

18 Vitalina Varela
Director: Pedro Costa
Portuguese director Costa provided another example of poetic severity, again with a non-professional cast from Lisbon’s Cape Verdean immigrant community. His star this time was Vitalina Varela herself, playing the autobiographical role of a woman who arrives in Portugal after years separated from her husband, only to find she is just too late for his funeral.

17 Lovers Rock
Director: Steve McQueen
Part of his Small Axe BBC miniseries about the histories of Britain’s black community, along with Mangrove and Red, White And Blue, this was a kinetic evocation of a 1970s West London blues party, as bodies melt together, dub heats the night and the dancefloor rides on the euphoric high notes of Janet Kay’s “Silly Games”.

16 The 40-Year-Old Version
Director: Radha Blank
Screenwriter, actor, director and playwright Blank put herself on the map this year with this slyly autobiographical comedy about a middle-aged African-American woman named Radha who reinvents herself in line with other people’s expectations, and emerges with a whole new life as rapper RadhaMUSprime. Witty, fresh and mischievously political.

15 1917
Director: Sam Mendes
Nothing if not immersive, Mendes’ drama took the viewer into the trenches of World War I, following George MacKay as a British soldier on a life-or-death mission. Some felt it turned the Great War into a computer game, but cinematographer Roger Deakins’ bravura simulation of a single shot took some beating as sheer cinematic legerdemain.

14 Saint Maud
Director: Rose Glass
Economically executed, intensely disturbing, this British debut was an audacious essay in psychological horror, with Morfydd Clark excelling as a young woman working as a palliative carer while grappling with her religious traumas. Jennifer Ehle was the worldly patient putting Maud’s worldview to the test. Echoes of Polanski’s Repulsion, in an evocatively tawdry seaside setting.

13 The Trial Of The Chicago 7
Director: Aaron Sorkin
Creator of TV’s The West Wing, and screenwriter of The Social Network,
Sorkin returned to his courtroom drama roots with this account of the 1968 case that shook America – a story with chilling resonances in the year of Black Lives Matter. Sacha Baron Cohen, Mark Rylance and a magisterially menacing Frank Langella headed a dream cast.

12 Tenet
Director: Christopher Nolan
Many seriously expected Nolan’s film to ‘save’ cinema – at least, get a few multiplexes up and running again – and while it performed well, it wasn’t the panacea the industry dreamed of. It divided critics, but its palindromic story of an agent (John David Washington) trying to avert doomsday gave even genre sceptics plenty to puzzle over.

11 Never Rarely Sometimes Always
Director: Eliza Hittman
From the Beach Rats writer-director, this pared-down narrative felt like social realism at its purest: a story of
a young woman’s tripto New York to get an abortion, accompanied by a supportive friend. The film wore its politics lightly, but hit all the harder for that, with newcomer Sidney Flanigan giving a mesmerising, no-frills performance.

10 Dark Waters
Director: Todd Haynes
US trailblazer Haynes (Poison, Carol, I’m Not There) took an unlikely but altogether convincing departure from his experimental roots – a torn-from-the-headlines legal drama, with Mark Ruffalo as the corporate lawyer taking on a case of chemical pollution. It was Haynes’ unlikely contribution to the Erin Brockovich school of people-vs-the-Establishment dramas, and he absolutely made it his own.

9 Rocks
Director: Sarah Gavron
Devised in collaboration with east London school students, this was one of the highlights of recent British realism – a tender but tautly unsentimental story of an African teenager (Bukky Bakray) tending to her kid brother when their mother goes AWOL. Tough, moving, funny too, with winning performances by its young cast of newcomers.

8 The True History Of The Kelly Gang
Director: Justin Kurzel
After eccentric side trips into Shakespeare and computer-game cinema, Snowtown director Kurzel returned to his Australian roots with this spectacular, primally intense adaptation of Peter Carey’s novel about the outlaw legend. George MacKay was savagely impressive as the man behind the armour, with vivid support from Nicholas Hoult, Essie Davis and, positively Falstaffian, Russell Crowe.

7 A Hidden Life
Director: Terrence Malick
Few directors have divided critics as radically as Malick, with many long-term admirers increasingly perplexed by his recent films. This was one of his more overtly religious works – the story of an Austrian conscientious objector who died for his refusal to support Nazism. Rarefied and beautiful,
this cinematic Alpine symphony inhabits its own lofty climes.

6 The Painted Bird
Director: Václav Marhoul
This Czech adaptation of Jerzy Kosinski’s controversial bestseller went the full mile in its evocation of wartime horror. Fearless newcomer Petr Kotlar plays the boy on a journey through hell, as he witnesses – and is subjected to – the unimaginable. A stark black-and-white passion play, with support from Harvey Keitel, Julian Sands and Udo Kier.

4 David Byrne’s American Utopia
Director: Spike Lee
David Byrne has made other concert films since then, but this collaboration with Spike Lee was the one that finally measured up to, possibly even eclipsed, Stop Making Sense. Recording a Broadway performance, it had its star barefoot alongside a full singing-playing-dancing ensemble, in a vivid mix of performance art, political comment and Byrnean exuberance.

3 I’m Thinking of Ending Things
Director: Charlie Kaufman
If the 700-page sprawl of his novel Antkind was too much to handle, wayward genius Kaufman also offered something more focused in its derangement, this adaptation of Iain Reid’s novel. Naturally, he made it his own, as a young couple (Jessie Buckley, Jesse Plemons) undergo a road trip to the furthest corners of consciousness.

2 Uncut Gems
Directors: Josh and Benny Safdie
The cinematic equivalent of sticking your finger into a light socket, the latest from the American indie filmmakers Josh and Benny Safdie starred an irreducibly full-on Adam Sandler. He played a New York jeweller getting into increasingly deep water as he tangles with creditors, hustlers, family members and his mistress – a dazzling debut from Manhattan scenester Julia Fox.

1 Parasite
Director: Bong Joon-ho
Parasite premiered in Cannes in May 2019, scooped four Academy Awards, including Best Picture, in February this year, and proved to be a commercial breakthrough worldwide. The seventh feature by South Korean maestro Bong Joon-ho seemed to have rewritten the rules for world cinema, opening up the field to possibilities far beyond the English-language status quo. That was until the world changed.

Parasite’s success now seems to belong to the Great Before – before Covid shut down screens and forced the international film industry to rethink everything. As Cannes was cancelled and other festivals went online, we all became used to a seemingly endless flow of product on streaming platforms, while cinemas stayed dark for months – some of them promptly shutting again almost as soon as they reopened. It turned out that Bong Joon-ho had accidentally made the first lockdown film, and suddenly we were all like the man living in a cellar in Parasite – staying hidden, trying to stay safe and sane.

However much its triumph is eclipsed by the strangeness of 2020, Parasite will endure as one of the most entertaining and ingenious films of recent years, and one of the most politically astute – a trenchant satire about haves and have nots, and about the games people play to keep their heads above a rising tide of tribulation. A film of genuine global urgency, Parasite set a formidable benchmark for cinematic and satirical invention, and a model of possibility to inspire filmmakers the world over, whatever the ‘next normal’ turns out to be.