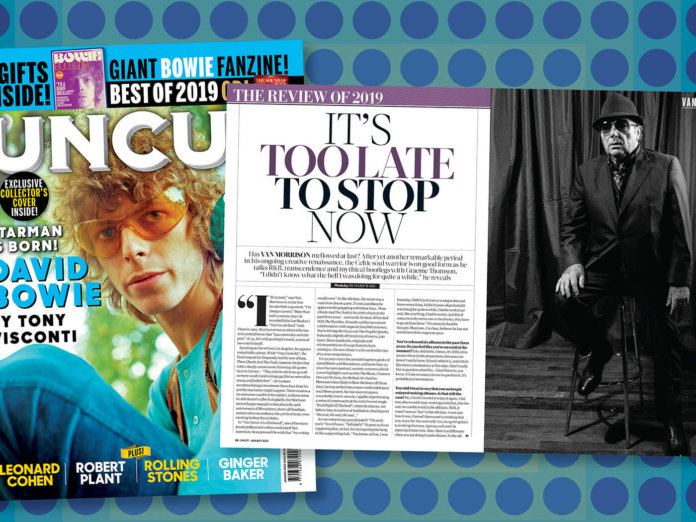 The latest issue of Uncut – in UK shops now, or available to buy online by clicking here – features an exclusive interview with Van Morrison to mark the release of Three Chords & The Truth, his sixth album in three years. In contrast to some of his recent media skirmishes, Morrison is (relatively) forthcoming, discussing his current prodigious output with Graeme Thomson.

Are we witnessing a purple patch? “Oh yeah, yeah,” Morrison enthuses. “Definitely!” He goes as far as suggesting that, in fact, he’s just getting the hang of this songwriting lark. “You know, at first, I was learning. I didn’t just start as a songwriter and know everything. I didn’t know what the hell I was doing for quite a while, I had to work it out and, like anything, I had to evolve. Just like if someone only writes one or two books, they have to go on from there.” It’s certainly food for thought. Morrison, it is clear, believes he has not yet delivered his magnum opus.

You’ve released six albums in the past three years. Do you feel like you’re on a roll at the moment? “I do, definitely. I mean, it’s difficult to answer these kinds of questions, because one doesn’t really know. It just is what it is, and it feels like there is momentum at this time. I don’t really like to question what I do… I don’t have to, you know. It’s not necessary for me to question it. It’s probably just momentum.”

You told Uncut in 2017 that you no longer enjoyed making albums. Is that still the case? “No, I think I started to enjoy it again. I did two albums with Joey [DeFrancesco], working really fast, like the way we used to work in the old days. Well, it wasn’t seen as ‘fast’ in the old days, it was just how it was. I haven’t been used to working that way since the ’60s and early ’70s, but getting back to working that way, I got on a roll and I’m enjoying it more now. Also, there is a difference when you are doing it under duress. In the old days I was doing it under duress. The way things were worked out, I was doing it in between gigs, and it was very pressurised. Now it’s not, because I manage it and produce it myself. I’m not going through a record company. I deliver the product to the record company. In the old days it was a very different thing.”

We see Dylan, for example, carefully curating his legacy in his own lifetime with vast boxsets of outtakes, alternate versions, live cuts and films. Does that interest you? “My situation is very, very different to a lot of people, because  I’m still putting out new stuff, and that’s really what I do. My modus operandi has always been about that, being in the present… I’m current. I’m always current.”

Do you pay much heed to  the deconstruction and fragmentation of the album format in the age of downloads and streaming? “As we know, record sales for people not doing pop have diminished, and everyone is aware of that. So it is what it is. There is a certain core audience. It’s probably not as big as it was before, but I don’t think anyone’s is, the way things are going with streaming and all that.  It doesn’t bother me. As long as I have a platform for releasing my product, it suits me fine. We know it’s not going to be Top 10, but  that’s OK. I’m not really trying to get on the  record company’s Valentine’s list, know what I mean? I never was!”

You can read much more from Van Morrison as he delves deeper into his past (and future), plus matters of transcendence and mythical bootlegs, in the latest issue of Uncut – in shops now with David Bowie on the cover.