Johnny Marr: “Nothing feels new to me”

Nearly four decades on from The Smiths’ debut single, Johnny Marr has made the most ambitious album of his career. He tells us more about Fever Dreams Pts 1–4 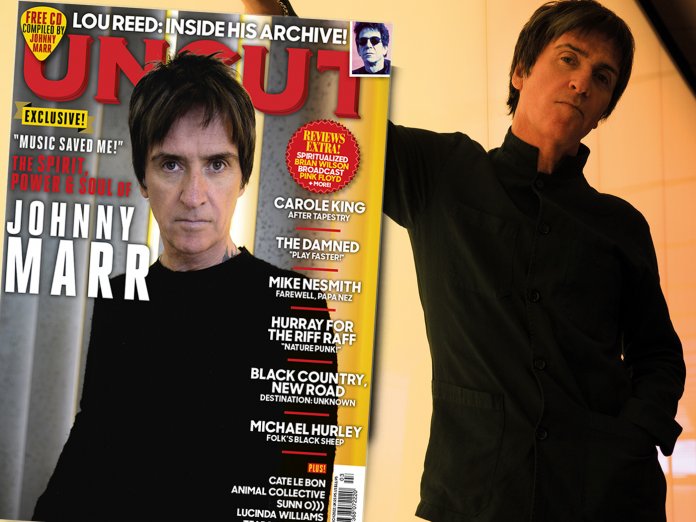 It’s September 2021 and Johnny Marr is making up for lost time. The pandemic has left him unable to play live for two years, but now that restrictions have lifted, he has set out on a brief run of gigs around the UK – in Leeds, Blackburn, and London. Playing tonight to 1,500 fans at Camden’s Electric Ballroom, Marr draws songs from his 40 years as a professional musician – from the sparkling melodies of “This Charming Man” through his deep back catalogue up to the handful of punchy new songs from his fourth solo album, Fever Dreams Parts 1–4. It’s a whistle-stop tour of Marr’s wide-ranging musical appetites, greeted with generous affection by the crowd, who cheer each instantly recognisable intro. The rousing chant “Johnny, Johnny, Johnny Fucking Marr!” – an appreciation of his intuitive cool – bounces off the venue’s walls.

Despite such lively endorsements, Marr made the transition from sideman to frontman relatively recently. Although he has always looked the part – and tonight he’s sporting striking red shirt and leather trousers – it’s only since 2018’s Call The Comet that his solo material has finally cohered in a way that brings sustained heft and substance to the style. Perhaps because of Call The Comet’s step change, Marr has become a more assured singer of late; he cites the influence of Bryan Ferry and Ray Davies on his singing style, but his warm baritone even sounds uncannily like a certain former collaborator on “There Is A Light That Never Goes Out”.

“The last time I played here was 1983,” Marr explains. “The Smiths were supporting The Fall. I remember avoiding Mark E Smith, who was drunk and wanted a fight. But most importantly, we had our very first press photo taken, just outside. It’s the one of Morrissey holding out the bunch of flowers. That photograph defined us for a couple of years. We looked like a gang in that photograph.”

It is September 22 – the evening before the Electric Ballroom show – and Marr is in his hotel room in central London. Today he’s dressed in a long-sleeved white T-shirt and black corduroy waistcoat, black trousers and shoes. There are flecks of colour in his hair – light browns and greys that resemble tiny feathers woven into his otherwise perfect black mod cut. He orders mint tea from room service, before relaxing into a sofa. Over two sprawling interviews – one in London and one, a month later, at his Crazy Face studio outside Manchester – Marr addresses his evolving role as a musician, from guitarist (if you could ever simply call him a guitarist) in The Smiths, through his collaborations afterwards, to his current position as frontman, singer and lyricist.

A naturally positive thinker, he is open-hearted, with a fervent belief in the importance of music. Sometimes it feels like interviewing a 27-year-old, not a 58-year-old. I’m reminded a little of Paul Weller – another musician with good hair, a strong work ethic and a sharp eye for detail – but whereas Weller can seem impatient to get on with the next thing in an every- second-counts way, assessing and reassessing his actions seems to be an integral part of Marr’s process.