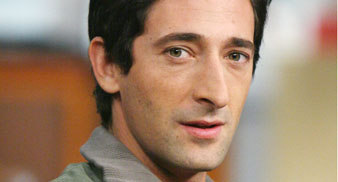 UNCUT: How would you describe your character, Louis Simo?

BRODY: He’s a guy whose reality is very different from what he wanted. He’s playing the part of a detective, but he’s just a middle-class guy in the Valley — separated from his wife and who’s not communicating with his son — who really wanted to be Sam Spade. He’s a man who’s very much clinging to his adolescence, but I think one day he wakes up and finds out he wasn’t living the life he set out to live. And he gains some empathy, whether it’s conscious or not, in seeing his own parallels with George Reeves.


UNCUT: Did you look at any Humphrey Bogart movies for inspiration?

BRODY: Absolutely. What we considered is that part of his motivation to become a detective was a result of seeing them so glamourised in films. And then he becomes disappointed in his profession, because it’s not what he expected it to be.


UNCUT: Do you think George Reeves was a victim of fame?

BRODY: Maybe, insomuch as fame is not representative of the reality of the individual. That’s kind of what the film is about. No one really cared about George Reeves as a human being — it was Superman who killed himself, and that was the story. It took over from anything else that had to do with him.


UNCUT: Is that why America was so keen to look for a conspiracy behind his death?

BRODY: I don’t think so. I think it just made it more tragic. Because he was playing a character who was larger than the life. He was playing someone who was immortal, but his own mortality was all too evident.