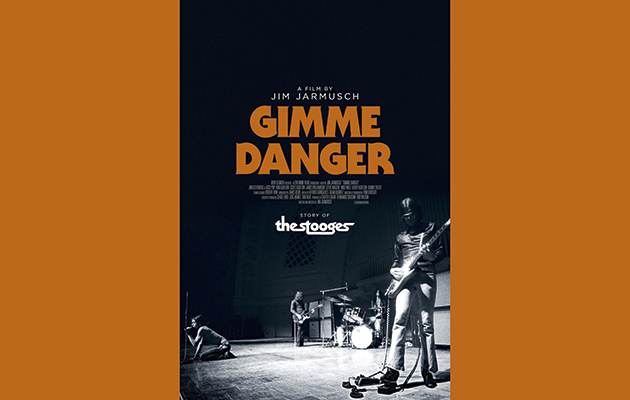 “It’s June 9. We are in an undisclosed location. We are interrogating Jim Osterberg about the Stooges, the greatest rock and roll band ever.” So begins Jim Jarmusch’s affectionate, thorough documentary – a film in which violence is swift and random, household objects are employed during the making of music, Wimbledon provides an unlikely recording location and John Wayne cameos alongside David Bowie, Art Garfunkel and Nico. One anecdote involves a tab of mescalin and a shovel. For the first gig, the singer was made up in white face, wearing an aluminum afro wig and a maternity smock and played a vacuum cleaner on stage. There are drugs, chaos, more drugs. Death, redemption, riffs are all present. As Iggy notes dryly, “It ain’t too easy being the Stooges sometimes, you know?”

Pop is a predictably charismatic narrator. Around him weave occasional testimonies from bandmates Ron and Scott Asheton, Steve Mackay and James Williamson, as well as latter-day Stooge Mike Watt, A&R man Danny Fields and the Ashetons sister, Kathy. Witty, clear-eyed, self-deprecating, Iggy is capable of delivering golden lines like “In the Ashetons, I found primitive man” as well brilliantly composed, off-the-cuff comments, such as when he relates his experiences as a drummer in Chicago: “I saw a little glimpse of a deeper life, of people who in their adulthood had not lost their childhood”.

Jarmusch traces the band’s evolution from the trailer parks of Ann Arbour, Michigan to their split in 1973 and then reunion in 2003. Needless to say, is a bumpy ride. But Jarmusch is intent on following the music, as much as anything else. The band’s experimental urges – they liked nothing better than turning off the lights and playing Harry Partch recordings – find shape and focus, they travel to New York to work with John Cale on their debut album. The confrontational aspect both of their music and Iggy’s stage presence is well illustrated in vintage clips and photography. Look, here’s Iggy, wearing silver gloves, a dog collar and jeans, throwing himself into the crowd on live TV.

Elsewhere, Jarmusch makes do with contemporaneous library footage and animated passages reminiscent of Julien Temple’s filmmaking technique. Jarmusch keeps the focus on the Stooges – there are many opportunities for digression – and particularly the music to the extent Gimme Danger could benefit from some deeper contextualizing, but nevertheless it is a staggeringly good film. During one archive TV interview, Pop sit nestled next to David Bowie on the sofa of a chat show, and is asked what, if any, does he think his contribution to music has been. “I think I helped wipe out the Sixties,” he drawls.