Uncut contributor Damon Wise is at this year's Cannes Film Festival. Here's his first look review of the new Coen brothers film, set in Greenwich Village in the early 1960s: Inside Llewyn Davis... 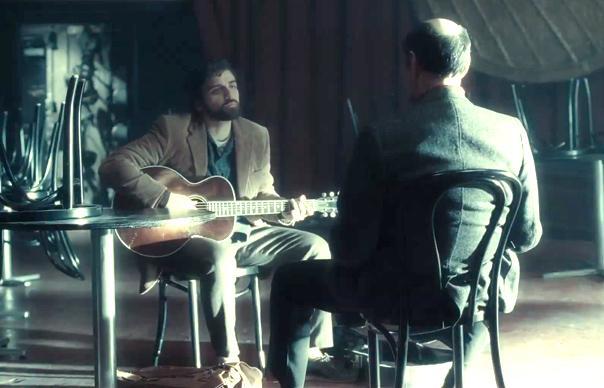 Uncut contributor Damon Wise is at this year’s Cannes Film Festival. Here’s his first look review of the new Coen brothers film, set in Greenwich Village in the early 1960s: Inside Llewyn Davis…

To the extent that it’s in some senses a period comedy and with music supervised by T-Bone Burnett, the latest film from Joel and Ethan Coen appears on the surface to be a companion piece to O Brother, Where Art Thou. In reality, though, Inside Llewyn Davis belongs with the substrata of the Coens’ more esoteric pieces, sharing the cyclical structure of Barton Fink, the existential terror of A Serious Man and, by using a strangely amenable ginger cat instead of a hat, the theme of one man always chasing his destiny that played such a big part in their gangster drama Miller’s Crossing.

Set during one week in early 1961, Inside Llewyn Davis is inspired by The Mayor Of McDougal Street, the posthumously published memoir of Dave Van Ronk. Oscar Isaac stars as Davis, once one half of folk duo Timlin & Davis, who we meet performing in the early ’60s at the Gaslight Club in Greenwich Village. Davis is a difficult man, angry at the world, feckless, penniless, couch-surfing his way round the Village to the increasing annoyance of his acquaintances. Like Barton Fink – a screenwriter trying to make a difference in Hollywood – Davis thinks his music is the real deal, while his peers’ material is mediocre and adulterated. He plays session guitar on a novelty record, sees preppy vocal harmony groups appear on the circuit, and – in a dagger to the heart – discovers that his mistress’ sappy act is a bigger draw than he is. And let’s not forget that the shadow of Dylan is looming on the horizon.

Plot-wise, that’s pretty much it. The biggest thing to happen in the film is a road trip to Chicago for a spec audition. But even within that, the real plot point involves a missed turn to Akron – a beautifully judged moment of melancholy that suggests Davis’ growing dissatisfaction with his life as he briefly contemplates visiting a former lover. This is the core of the Coens 17th movie. But Inside Llewyn Davis remains mostly opaque, with the brothers subverting the loser-learns-a-life-lesson trope to such a degree that some might find it hard to embrace. Davis is not only a difficult man; his self-absorbed and self-righteous manner makes him hard to like.

The music, however, is transcendent, dwelling on performance pieces with Davis and his guitar, singing songs in their entirety in smokey cafés and bars. As with O Brother, Inside Llewyn Davis is filled with material repositioned specially for this film, among them a doo-wop song called “Please Mr Kennedy” rewritten as a space-race pop song, Joan Baez’ “The Death Of Queen Jane”, Ewan MacColl’s “Shoals Of Herring” and even a poem by Allen Ginsberg’s lover Peter Orlovsky, “My Bed Is Covered Yellow”. As ever the Coens’ love of language is strong here, leading to some lovely exchanges between Davis’s agent and his secretary, as well a wonderfully written part for John Goodman as a jazz musician.

How much this relates to Van Ronk’s autobiography is really a moot point: the Coens have taken most of the context and not so many of the details. The result may surprise those expecting a literal historical piece or even a spoof, but long term admirers of the Coens will find this beautiful, atmospheric mood piece a significant work, slight at first sight but lasting long in the mind.

Inside Llewyn Davis opens in the UK in January 2014