Chris Forsyth, Cian Nugent, Wilco and the return of Television

I’m not, as a rule, the sort of person who reveres and memorises reviews from the notional golden age of rock journalism. But the other day, I was pondering something Nick Kent wrote in his original NME review of Television’s “Marquee Moon”. I found it online this morning, specifically this passage: 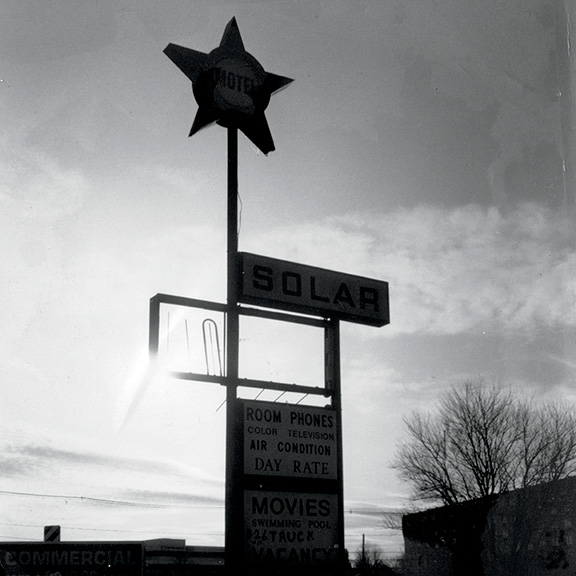 I’m not, as a rule, the sort of person who reveres and memorises reviews from the notional golden age of rock journalism. But the other day, I was pondering something Nick Kent wrote in his original NME review of Television’s “Marquee Moon”. I found it online this morning, specifically this passage:

“The song’s structure [Kent’s discussing “Marquee Moon” itself] is practically unlike anything I’ve ever heard before. It transforms from a strident two chord construction to a breathtakingly beautiful chord progression which acts as a motif/climax for the narrative until the music takes over altogether. The band build on some weird Eastern modal scales not unlike those used in the extended improvised break of Fairport Convention’s ‘A Sailor’s Life’ on Unhalfbricking. The guitar solo – either Lloyd or Verlaine – even bears exactly the same tone as Richard Thompson’s.”

If memory serves, Tom Verlaine has routinely denied the connection, but those rolling series of epiphanies have always sounded twinned to me, too. It’s funny how Television have always been portrayed as a quintessential New York band – uptight, fraught, irrevocably hip and wired – when a key part of their DNA seemed so strongly related to an electric take on folk tradition.

I was thinking about all this, listening to a couple of terrific new records by Cian Nugent & The Cosmos and Chris Forsyth’s Solar Motel Band. Nugent, from Dublin, and Forsyth, based in Philadelphia, both came to my attention as guitar soli on that folk/psych underground scene I write about a lot (here’s my first citation of Forsyth, in a review of Three-Lobed’s massive and essential Jack Rose tribute comp, Honest Strings, a great primer for all this stuff). Both, though (alongside William Tyler and another fellow traveller, Steve Gunn), have been moving away from the perceived confines of that world, into more expansive and electric settings of late.

Nugent I wrote about very recently, specifically his hook-up with Gunn and John Truscinski in Desert Heat. “Born With The Caul”, though (forthcoming on the ace No Quarter label that’s long been home to Endless Boogie), finds him leading an elaborate folk-rock band through three long tracks which often, especially somewhere about halfway through “Double Horse”, feel like they bridge that very small gap between “Unhalfbricking” and “Marquee Moon”.

Nugent’s previous solo album was very much in the Takoma tradition, and his lyrical delicacy has survived the transition into rockier territory, not least because his duelling partner for much of “Born With The Caul” is a fiddler. There’s a marked Celtic air to much of the session, which sometimes makes me think – though this may be a product of my immersion in Fisherman’s Box these past few days – of a post-post-rock Waterboys.

Have a look at this clip, anyhow. It’s not a track from “Born With The Caul” (it actually surfaced as a single on Matador a few months ago), but should give you a good idea of what Nugent’s up to:

Forsyth, meanwhile, is healthily candid about his debt to Television: his old biog refers to “a bleeding-edge physicality and lyricism heavily influenced by his private studies with Television guitarist Richard Lloyd.”

Forsyth’s made a bunch of really good albums these past few years (here’s something I wrote about hiscollaboration with Koen Holtkamp from Mountains, Early Astral), but “Solar Motel”, due soonish on the firing Paradise Of Bachelors imprint, is pretty next level.

The Solar Motel Band also include a second guitarist, Paul Sukeena (from the wonderful Spacin’) and a drummer, Steven Urgo, who used to figure in The War On Drugs. Their album is essentially a single piece divided up into four sections, and one that betrays an innate grasp of the serpentine structures and elevated duels that were integral to Television’s appeal. You should be able to detect it in this live take on the outstanding “Solar Motel Part II”, that emerges out of a raga and a bit of downtown firefight into the sort of face-off you imagine Verlaine and Lloyd – at least secretly – would be proud of:

The recorded version is even better, with heavy, throbbing hints of Glenn Branca underpinning the jams, and the slide section being matched to a piano break that conjures up a further relationship with The Allman Brothers. Forsyth cites The Grateful Dead, too, and “Solar Motel Part IV” comes on like a particularly gnarly take on “Dark Star”, or one of those Dead-derived Sonic Youth epics like “Hits Of Sunshine”.

Can’t recommend this enough, as you might have divined by now, and here’s one more bit of evidence why I’m struggling to think of a live band I’d like to see more right now: Forsyth and co ripping into “Little Johnny Jewel” at a Philly gig last week:

Yesterday, in case you missed the news, Television themselves announced a UK tour. Mixed feelings on this one, chiefly because Lloyd is currently missing from the lineup. His replacement isn’t Nels Cline, in spite of the persuasive case made in this Wilco cover of “Marquee Moon”….

…Instead, it’s a guy called Jimmy Rip, whose CV appears to include work on at least one Mick Jagger solo album. I’ve just found this, though, which sounds quite promising:


Update 15/11/13: I’ve compiled a Youtube playlist of other songs in the “Marquee Moon”/”Sailor’s Life” interzone that you can watch here.