The definitive timeline of his final decades 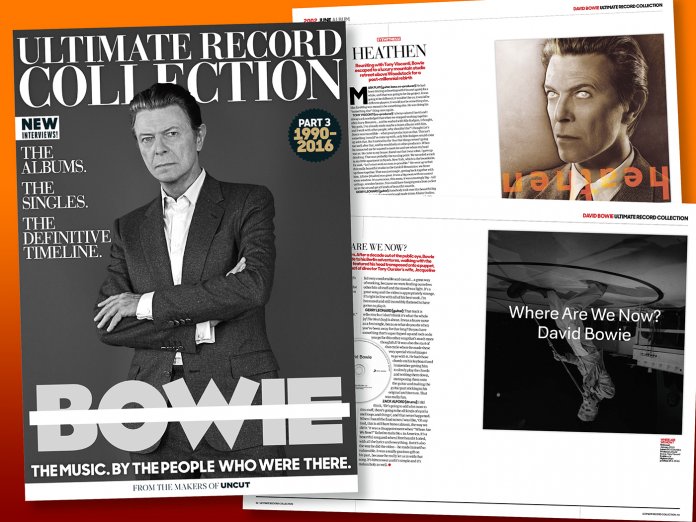 In the two volumes of Ultimate Record Collection: David Bowie so far, we’ve had the pleasure of conducting you through a chronology of the artist’s work – seen through the eyes of the musicians who were there with him making the music.

Through new interviews with early collaborators like Phil Lancaster, Woolf Byrne and Mike Vernon in Part 1, we built an unrivalled oral history of Bowie’s early adventures, and his breakthrough to mature creativity and superstardom. In Part 2 (1977-1989), we uncovered new stories and first-hand accounts about the “Berlin trilogy” and beyond.

Now, as we move to the last decades of Bowie’s lifetime, we find that while some of the personnel remain the same – Mike Garson, one of our most generous interviewees, is often there; Eno returns, as does Tony Visconti, who joins us for some new recollections on Bowie’s later work – Bowie continued to thirst after fresh experience and new directions in his music. We’re particularly privileged to hear from Reeves Gabrels, who can be credited for reminding Bowie that above all, his fans wanted to hear him do exactly what he wanted.

As this volume of Ultimate Record Collection proceeds, it becomes obvious how Bowie’s new music also enjoyed a knowing relationship with his past. This might be obvious on the likes of the VH1 Storytellers album, where Bowie reaches back as far as “Can’t Help Thinking About Me”. Elsewhere though, there’s grounds for thinking that the knowing glances to his earlier self (on the “Buddha Of Suburbia” single, say) ultimately build towards a wonderful circularity.

Designer Jonathan Barnbrook helped develop this self-reference in the brace of sleeve art from The Next Day, an album in which Bowie explicitly referenced his past work. Musically, Bowie’s last works, Blackstar and the Lazarus musical referenced his earliest. He left us much as he found us as an emerging talent in the late 1960s: a musician with a deep affinity for jazz and with an interest in developing some strong ideas for musical theatre. As the artwork of his latest lifetime compilation had it, clearly everything had changed – but at the same time, in the fundamentals of the man’s enthusiasms and passion, nothing had changed at all.

As musical director Henry Hey tells us of Bowie’s work on Lazarus: “I was aware it might be his last project, but I never thought of it like that. Just like he didn’t want his fame to define him when he was working with people, he didn’t want his illness to define him. He was only about positive energy and excitement for the creative process. He would bring this beautiful energy to it.”