Welcome to the new Uncut: Wilco, Blondie, The Kinks and a free Wilco CD 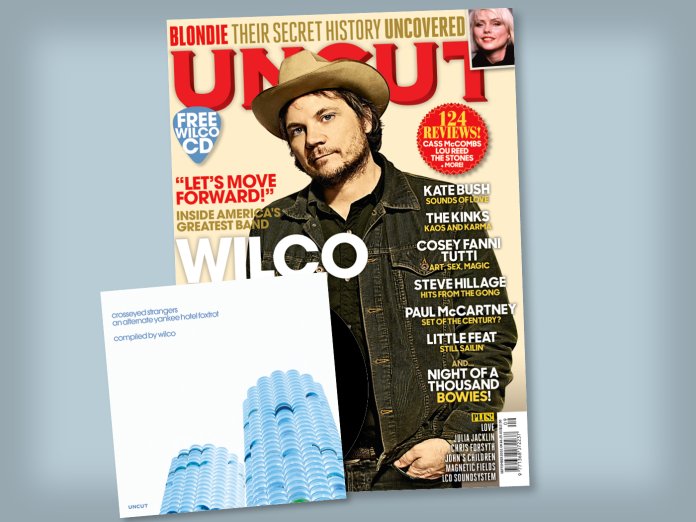 The new issue of Uncut is in shops from July 21 and also available to buy form our online store.

It seems strange, on reflection, that Wilco have never been on the cover of Uncut. After all, there are few contemporary bands whose career we’ve championed so assiduously during our 25-year existence. Certainly, the sequence of albums from their 1995 debut AM to this year’s Cruel Country constitutes one of the most artistically consistent and compelling narratives in music. That they appeared five times in our recent list of 300 greatest albums of Uncut’s lifetime – the most of any artist – simply underscores their considerable musical achievements and ability to redefine what they do and how they do it.

For this cover story we celebrate not one but two Wilcos: the band in transition who recorded the landmark Yankee Hotel Foxtrot 20 years ago and the band now who’ve just released Cruel Country. With help from Jeff Tweedy and the rest of the band, Nick Hasted untangles the knotty congruence between Wilco past and Wilco present – and in doing so helps find a path to Wilco future. For our free CD, Wilco have reconstructed Yankee Hotel Foxtrot from other sources – some live, some alternate versions and some taken from their upcoming deluxe YHF special edition. It is, I think, very special.

Elsewhere, Peter Watts takes roads less travelled with Blondie, Dave Davies gives us one of his most revealing and emotional interviews ever, Stephen Troussé considers the legacy of David Bowie in the company of a fabulous collection of kooks, Laura Barton investigates Cosey Fanni Tutti’s transgressive life and times, we welcome Julia Jacklin and get deep with Cass McCombs. You’ll also find Love, Steve Hillage, Chris Forsyth and Little Feat, as well as continued evidence of the enduring power of several Uncut favourites. As our piece on the unexpected and welcome success, 37 years later, of Kate Bush’s “Running Up That Hill” proves, framing our heroes’ evolving work is a critical part of what we do here.

Plenty going on. Until next month…