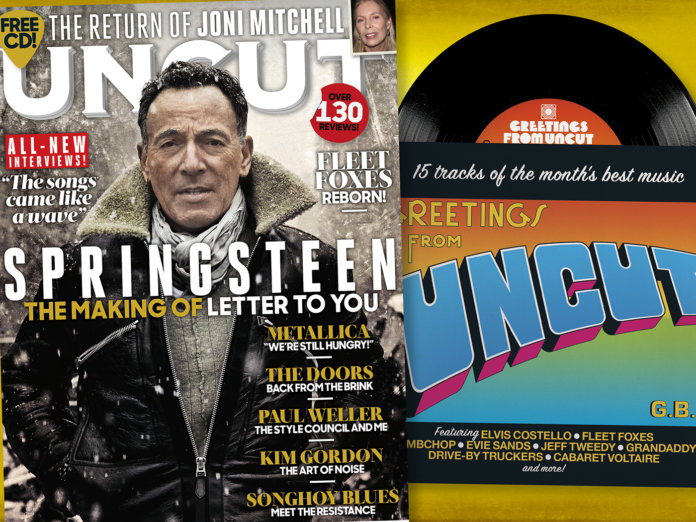 I’ve been thinking a lot recently about the responsibilities facing musicians at the moment, in particular how they might address what’s going on in the world right now. Should they offer an escape from reality or should musicians instead hold to account those who seek, in one way or another, to undermine our democracy and broader cultural values?

This month’s Uncut offers a couple of different perspectives on this knotty problem. There’s Drive-By Truckers, who return with their second album of the year, The New OK, which is a  fierce response to the strange and terrifying events that have dominated 2020. “I owe it to my kids to do everything in my power to change this shit,” says a typically passionate Patterson Hood. Then there’s Robin Pecknold, whose beguiling new Fleet Foxes album, Shore, offers a warm and optimistic respite from global concerns. “People need to be engaged and active with the world’s problems, that’s definitely necessary,” says Pecknold’s friend Kevin Morby. “But just as necessary is people need to have something to turn to that reminds them that the world can be beautiful.”

Morby’s message is echoed, to some extent, in our cover story, which finds Bruce Springsteen reuniting with the E Street Band for the first time on record since 2014’s High Hopes. The band tell Peter Watts about how their new album, Letter To You, although recorded last year, took on an increasing urgency as lockdown continued. “I think it will be very healing and powerful,” says Nils Lofgren. “Music is the sacred weapon of the planet. It unites and heals billions of people.” Meanwhile, Songhoy Blues explain to Tom Pinnock how their message of unity and positive change resonates across a divided, war-torn Mali. “For us the best thing to do is to be optimistic,” they explain

It’s potent stuff, I think. And there’s plenty more in this issue besides: Rob Hughes’ revelatory Joni Mitchell investigations, out-there dispatches from South California 1970 as The Doors rally themselves for a glorious third act, Paul Weller on The Style Council, Metallica on their greatest albums and Todd Rundgren answering your questions. It’s a typically busy issue, in other words.

Find it shops from Thursday (October 15) or buy a copy online now by clicking here.