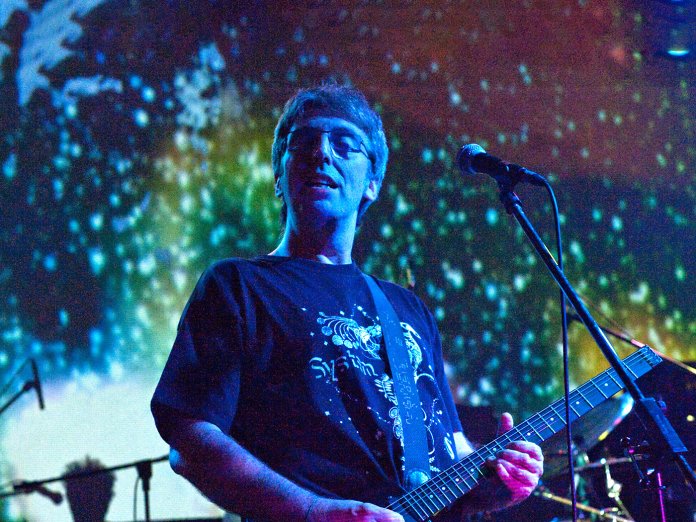 There were a fair few legends at Glastonbury this weekend, but perhaps none more closely associated with the festival than prog/ambient guitar master Steve Hillage.

Having been a member of Gong during their imperial Radio Gnome Trilogy phase, Hillage actually helped to organise the 1979 Glastonbury Fayre, backing Peter Gabriel as well performing a stunning solo headline set which is finally seeing an official release as The Glastonbury Experience: Live 1979 via Madfish on July 15.

After forming System 7 in the early ’90s, Hillage played a key role in setting up Glastonbury’s first official dance stage and was later involved in establishing a more DIY dance area, The Glade. In a long, varied and always open-minded career, Hillage has also toured with Kevin Ayers, produced The Charlatans, collaborated with Detroit techno originator Derrick May and played the Reading Festival with Sham 69!

So what do you want to ask a fearless psychedelic guitar explorer? Send your questions to audiencewith@uncut.co.uk by Friday July 1 and Steve will answer the best ones in a future issue of Uncut.