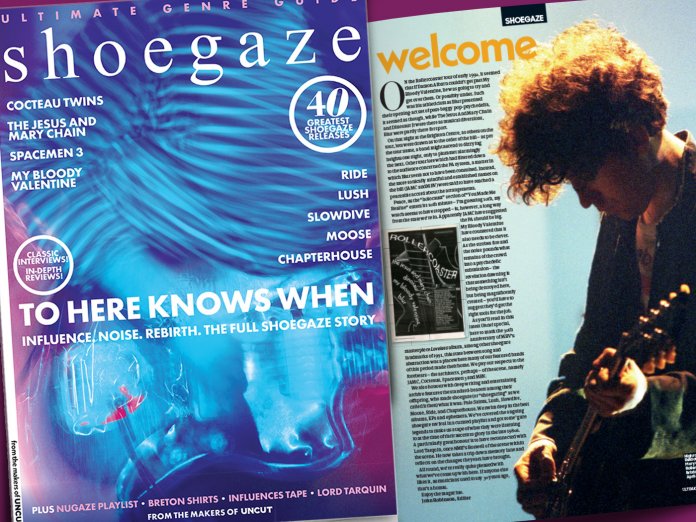 On the Rollercoaster tour of early 1992, it seemed that if Damon Albarn couldn’t get past My Bloody Valentine, he was going to try and get over them. Or possibly under. Such was his athleticism as Blur presented their opening act set of post-Baggy, pop-psychedelia, it seemed as though while the Jesus and Mary Chain, and Dinosaur Jr were there as musical diversions, Blur were partly there for sport.

On that night, as others on the tour, lots were drawn as to the order of the bill – as per the tour name, a band might ascend to dizzying heights one night, only to plummet alarmingly the next. Other tour lore which had filtered down to the audience concerned the PA system, a matter in which Blur seem not to have been consulted. Instead, the more sonically-mindful and established names on the bill (JAMC and My Bloody Valentine) were said to have reached a peaceable accord about the arrangements.

Peaceable accord, as the holocaust section of You Made Me Realise enters its tenth minute – I’m guessing tenth, my watch seems to have stopped – is, however, a long way from the state we’re in. Apparently JAMC have suggested the PA should be big. My Bloody Valentine have countered that it also needs to be clever. As the strobes fire and the noise pounds what remains of the crowd into a psychedelic submission – the revelation dawning is that something isn’t being destroyed here, but being magnificently created – you’d have to suggest they’d got the right tools for the job.

As you’ll read in this latest Uncut special, here to mark the 30th anniversary of MBV’s masterpiece Loveless album, among other Shoegaze landmarks of 1991, this state between song and abstraction was a place where many of our featured bands of this period made their home. We pay our respects the forebears – the architects, perhaps – of the scene, namely JAMC, Cocteau Twins, Spacemen 3 and MBV.

We also celebrate with deep writing and entertaining archive features the standard bearers of the “scene which celebrates itself”, who made Shoegaze (or “Shoegazing” as we called it then) what it was: Pale Saints, Lush, Slowdive, Moose, Ride, and Chapterhouse. We swim deep in the best albums, EPs, and ephemera. We’ve covered the ongoing Shoegaze revival in a curated playlist by Sonic Cathedral supremo Nat Cramp, and got some ‘gaze legends to make us a tape of what they were listening to at the time of their ascent to glory in the late 1980s. A particularly great honour is to have reconnected with Lord Tarquin, once NME’s Boswell of the scene within the scene. He now takes a trip down memory lane on the changes the years have wrought.

All round, we’re really quite pleased with what we’ve come up with here. If anyone else likes it, as musicians used to say 30 years ago, that’s a bonus.