Come for the Fabs and stay for Neil Young, George Clinton, Osees, Fleetwood Mac and more 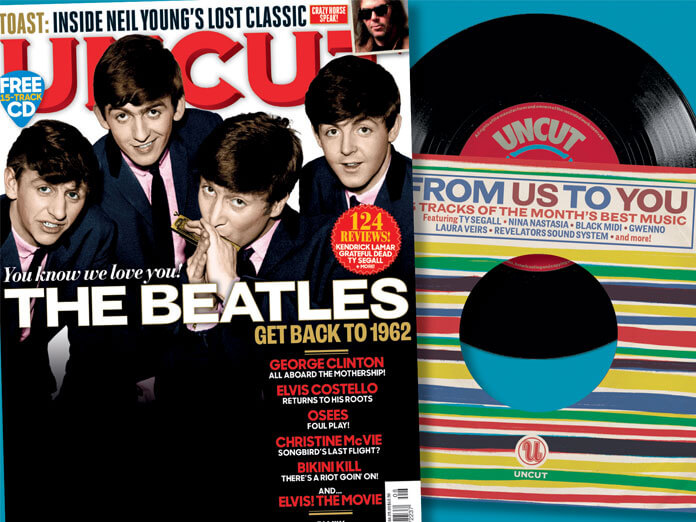 Having spent quite a lot of time at the end of last year poring over Peter Jackson’s Get Back films, it felt as though revelatory light had been shed on the final stages of The Beatles’ creative life. For this issue, meanwhile, Peter Watts has assembled the most detailed and revealing exploration of the other end of The Beatles’ career in this excellent deep dive into the Fabs’ 1962.

Without spoilers, I should note that it’s remarkable how different things could have been if, say, George Martin had prevailed and The Beatles had recorded “How Do You Do It” as their debut single, or if John Lennon hadn’t pulled out a harmonica on stage at Stroud’s Subscription Rooms. Reading Peter’s impeccably researched piece, I’m struck by the amazing amount of luck and happenstance that occurred during this pivotal year in Beatle lore. History turned on small moments like a chance meeting in the bar of the Green Park Hotel or an impromptu drink at the New Colony Club. As the year progressed, the team around The Beatles began to gather – familiar faces like Martin, Neil Aspinall, Tony Barrow and Tony Bramwell assemble. Later, of course, The Beatles are masters of their own destiny – but as 1962 unfolds they are still coming into focus in their own story. It’s a tale full of revelation and promise: a reminder that the stories of our greatest heroes must start somewhere.

There’s a lot more besides The Beatles in this splendid issue of Uncut. Not least the arrival – 22 years late! – of Neil Young & Crazy Horse’s mythic lost album, Toast. Young is on a formidable run at the moment – who knew we needed another round of live recordings from 1971? – and the arrival of Toast, teased for so long, not least by Young himself, feels like yet another essential release from one of music’s richest vaults. Young’s doughty lieutenants Crazy Horse are on hand too, to take us inside the sessions at Toast Studios.

Elsewhere Nick Hasted ascends to the Mothership in pursuit of George Clinton, Sam Richards gets loud with John Dwyer and the OSees, Graeme Thomson gets mellow with Chris Blackwell, Christine McVie considers the past, present and future games of Fleetwood Mac, while Allison Hussey hears colourful Tropicália tales from Sessa. There’s also Family, Ty Segall, Bikini Kill, Nina Nastasia and a long, strange trip back to Europe 1972 for the Grateful Dead.

All this, plus an impeccably curated free CD showcasing the very best of the month’s new music including Gwenno, Black Midi, MJ Lenderman, Andrew Tuttle and Naima Bock and Laura Veirs.

As ever, let us know what you think.