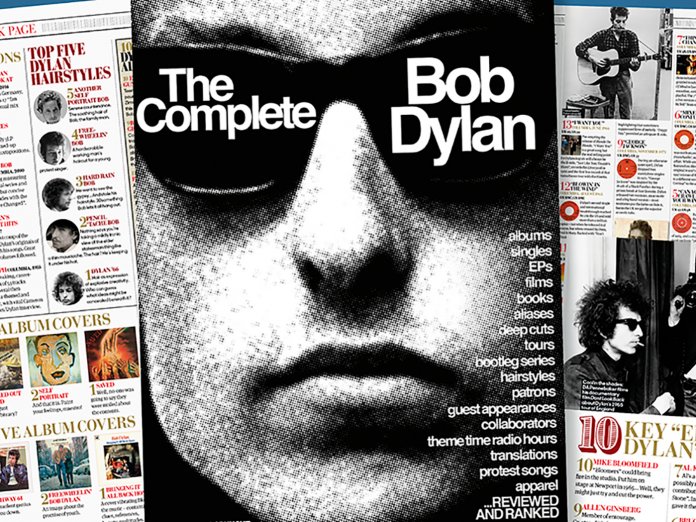 The Complete Bob Dylan. Sounds like we’re setting ourselves up to fail here, doesn’t it?

There have, after all, been 39 Bob Dylan studio albums, nearly 100 singles, 15 volumes of the Bootleg series, and 11 live albums. There have been movies, acting roles, countless collaborators and sidemen (and women). Many, many books. Uncut itself has presented detailed Dylan covers (and, recently, exclusive Dylan-related covermount CDs). The man, as we’ve lately had confirmed for us on his most recent album, contains multitudes.

But amid all the stories and scholarship, it seemed to me that there was still room for another piece of work; something providing a succinct ranking of all of it. Perhaps you want to know if your next exploration outside the core of acknowledged classics should be Street-Legal, or Tempest, or even Self Portrait? Maybe you have interest in the hidden treasures, the magnificent songs hiding in plain sight on albums otherwise more sand than pearl. Where, in the 100 plus hours of the Theme Time Radio Hour, do you start?

Uncut’s crack team of Dylan people (top 5 Dylanologists? We’ve listed them…) have gone deep down into it, methodically scanning for the best. The hope is that we’re not only providing something like a buyers’ guide, but also a sideways alternative history. It’s a place which the polka dot shirt, the hidden details on the album sleeve, the song title translations on worldwide EPs, the cultural allusions and the hairstyles might all be helpful signposts on a map to enjoying the wealth of Bob Dylan. All round, we hope it’s a guide in the spirit of Dylan himself: enduring but playful, crafted but innovative, a channel to further investigation. Dylan tends to try things one way, then try a completely different approach, and we can see the appeal in that ourselves.

One thing it hasn’t set out to be is the last word. It might be tempting to think that the release of his great Rough And Rowdy Ways album in 2020, and the recent sale of his song rights – along with his 80th birthday, which this mag celebrates – mark a point where Dylan has now tied up all his loose ends, and where the job is now done.

If we’ve learned one thing about Dylan, though, it’s that what you expect, or what might seem to you to be logical might not necessarily be any clue to what’s coming next…