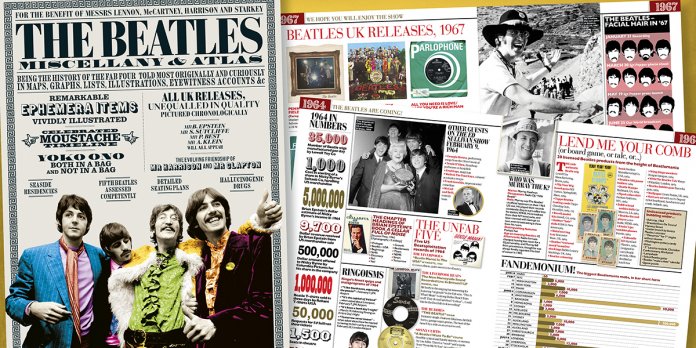 It was (very nearly) 60 years ago today…

The date: June 21st, 1961. The place: a civic building/sometime school hall in a suburb of Hamburg, in what was then West Germany. The occasion: a recording session for the fiery, notoriously wayward, and occasionally brilliant British rock ‘n’ roller Tony Sheridan, presided over by the producer and Polydor A&R man Bert Kaempfert. Sheridan’s pick-up band on the two day session are the Beat Brothers. Or, as the wider world will soon come to know them, The Beatles.

For all the prominent flags planted by the Beatles in their career – the huge concerts; the recording and songwriting innovations; the landmark albums – there’s also a lot to be said for giving some respect to the events at the margins of the main event, which were still pivotal to the major achievements. Much like the events of this Hamburg session: the first time The Beatles record music professionally.

Today the results might sound fun, but a little quaint. But as you look a little closer (the charm and vibrancy of the band’s Lennon-fronted take on Ain’t She Sweet; the appearance of an early self-composed – Lennon/Harrison – number, Cry For A Shadow) you begin to perceive some inkling of what the band would grow to become.

It’s a policy that we’ve followed on the following 120 pages, in the course of which we’ve found new ways to tell the story of the Beatles, 1960-1970 – and of the music we already know and love. How many gigs? How did they do that in the studio? He said what? It’s here: in maps, illuminating lists, graphs, timelines, quotes and indexes. You’ll find all their UK releases pictured in chronological order in their original sleeves. Some other things you’ll discover along the way:

There are licensed Beatle wigs and the story of litigated hotel bedsheets. All round, it’s a celebration of the Beatles, their world-changing influence and their music – and also of the size and depth of their footprint as they went about making it. It’s a wonderful tale, and my hope here is that we’ve told it with some innovation and originality; a lot of love and hard work. In a way that honours the process of the Beatles themselves, in fact. We hope you enjoy the show!